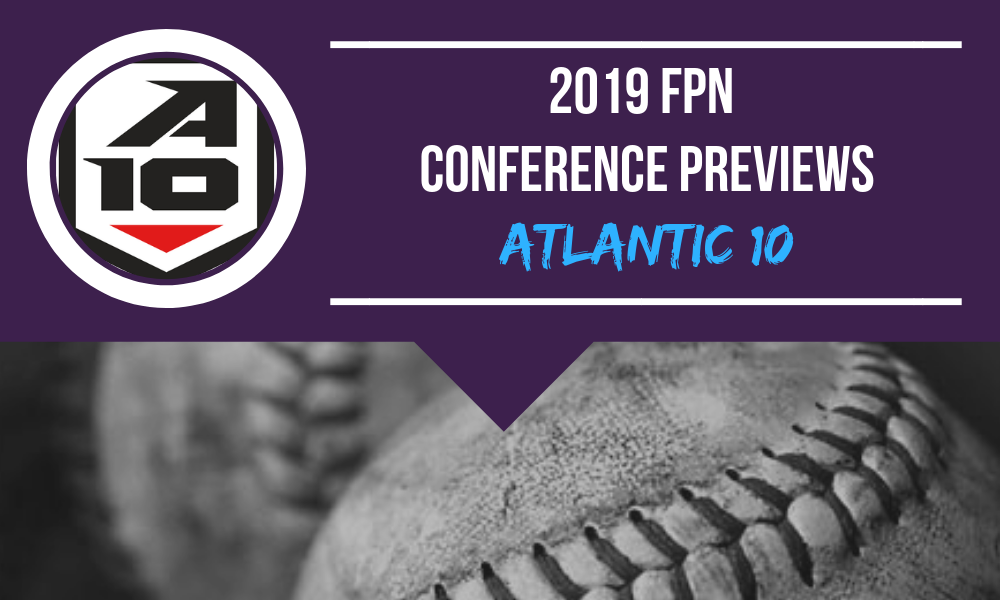 FORDHAM
The Rams have dominated the Atlantic 10 for as long as recent memory serves however head coach, Bridget Orchard, departed the program for Viillanova following 17th years at the helm. The Rams also lost stud pitcher and position player, Paige Rauch, to transfer after garnering all-conference honors as a freshman in 2018. Despite these key changes, Fordham returns a decent core of its offense and may have the arms in the circle to carry on where it left off in 2018. It could be an up and down year for Fordham but the pieces are there for another successful season.

UMASS
Coming off a highly successful season posting a perfect conference record of 21-0, fans of UMass should be excited for the 2019 season. The Minutewomen have gotten better and better under head coach, Kristi Stefanoni, and after being upset in the conference tournament and losing it's bid to the NCAA Tournament expect UMass to be hungry for more.

GEORGE WASHINGTON
Shane Winkler was named head coach of the program August 8th of this past summer and outside of losing senior ace, Sarah Costlow, the Colonials return the majority of its starting lineup. With a new leader at the helm and a more experienced team (who posted some impressive offensive numbers) we'll be watching for improvement from George Washington.