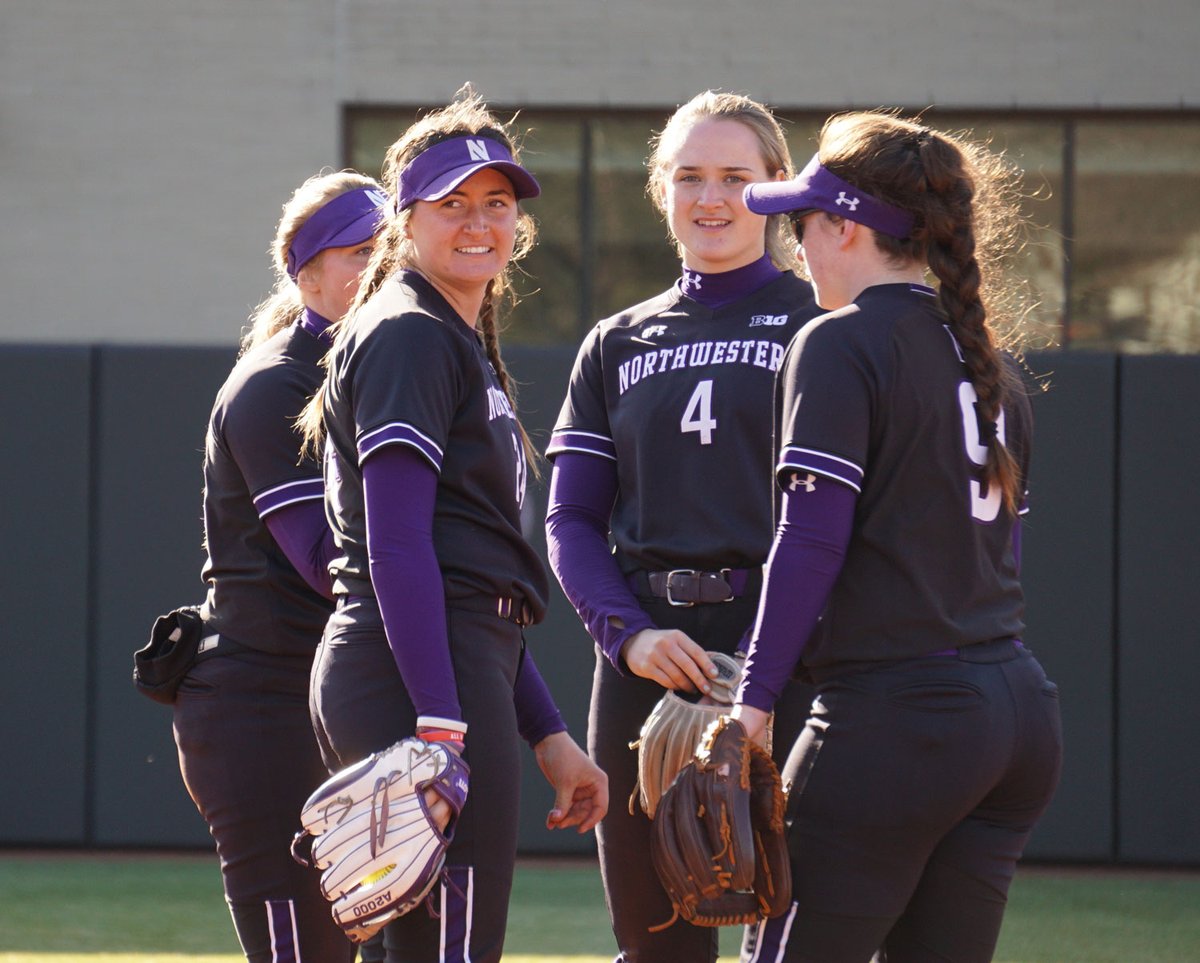 The Big Ten has surpassed the half way point of conference play and the race for the regular season title has narrowed to three teams: Northwestern, Michigan, and Minnesota.

Then No. 21 Wisconsin at then No. 25 Northwestern
Wow, wow, wow, wow! Did Northwestern ever deliver. As expected his was a scrappy, back-and-fourth series with many twists and turns. What many didn't expect was a Northwestern sweep. The Wildcats' Danielle Williams was strong picking up two wins including a 10-inning barn burner and while she did give up four earned runs in that contest she struck out 12 and only issued two walks. Then, the Northwestern offense was able to string enough together to secure the 5-4 victory.

In game two the Wildcats relied on their bullpen and secondary arms; Kenna Wilkey, Kaley Winegarner, and Morgan Newport were able to hold Wisconsin's offense down enough for their offense to take over. It wasn't necessarily pretty but it got the job done.

We learned things about both of these programs throughout this series:
1) they are both scrappy, gritty teams. If you've been following the Big Ten over the years, this isn't anything new, especially with Northwestern but over the course of this past weekend that was evermore evident.

2) Wisconsin's offensive pop can hold up against stronger pitching, the consistency just needs to be develop. Wisconsin's played a bit of a lopsided schedule with a few contests against strong programs but the Badgers haven't seen a ton of the country's top tier pitching. In their two contests against Texas they did not face Texas ace, Miranda Elish. Putting up eight hits and four runs against one of the nation's best in Danielle Williams is no small feat.

3) Northwestern may enough to "win ugly". Like we said, the Badgers have a lot of pop and talent through their offensive lineup and while the pitching staff during game two did surrender five runs they still did enough to win the game. Now, against even stronger lineups and opponent pitching (e.g. postseason) they may need to lock it down even further but for the Big Ten and the rest of their conference schedule, this was a big positive.

Then No. 24 Michigan at Ohio State
The Buckeyes managed to pick up an eight inning walk-off victory versus the Wolverines. As touched on in our last Big Ten preview, in this game, home field advantage was a big difference maker.

Michigan was strong and in the drivers seat through the first two games of the series but in game three the bats went a bit cold and the Wolverines could string enough together to pull out the win.

Morgan Ray picked up the victory in the circle for the Buckeyes and a lot of credit goes to her for coming back strong after a tough outing in game one surrendering six earned runs on five hits over 2.2 innings of work.

The loss was Michigan's first of the regular season, moving Northwestern into full control of their destiny. The win for Ohio State kept them strongly in the running to secure a top four seed in the Big Ten tournament which results in a huge first around bye.

Notre Dame at Purdue
While it wasn't a conference matchup it is worth noting: Purdue picked up a big win defeating Notre Dame 10-1 in five innings!