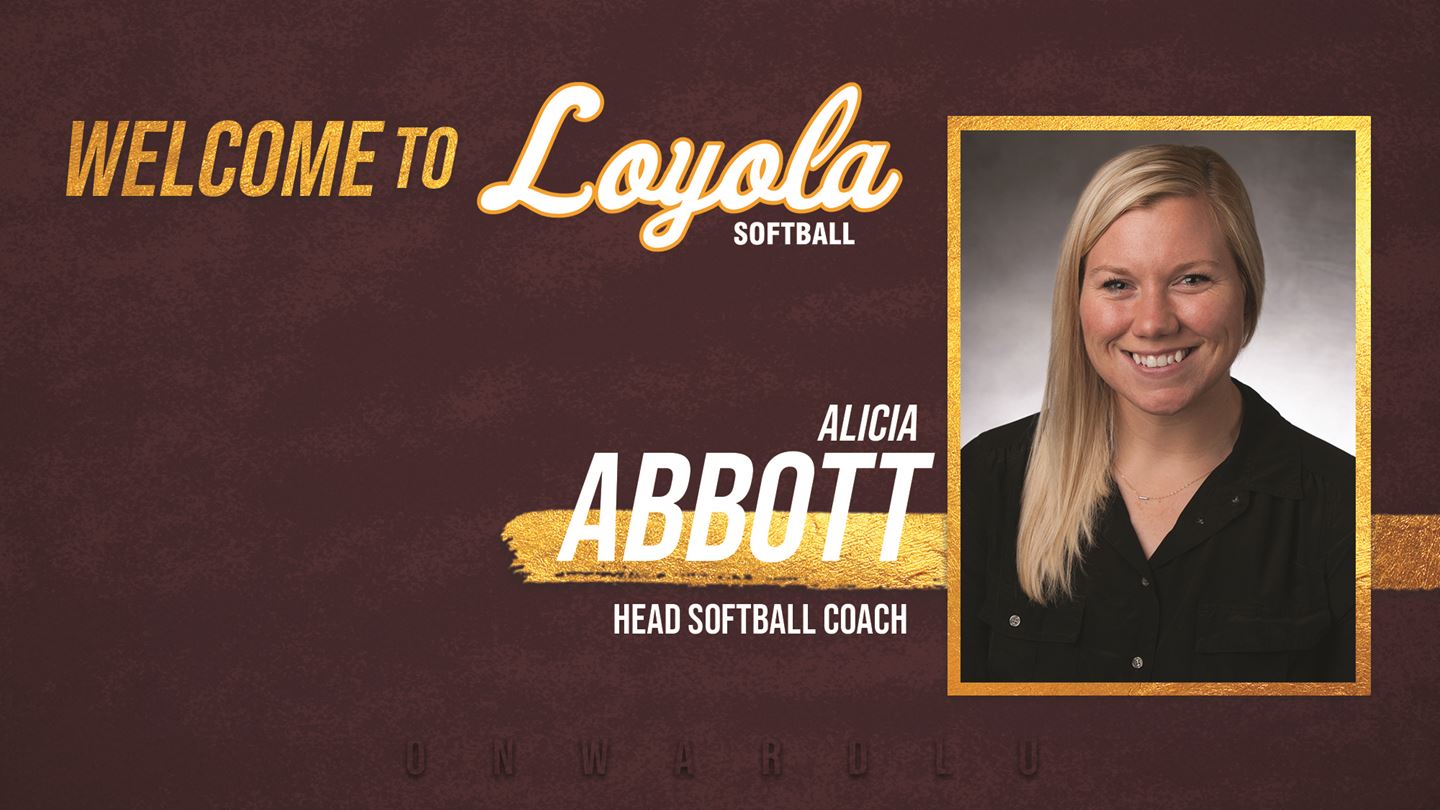 “We are excited to add someone of Alicia’s pedigree to our staff,” Watson said. “As a Chicagoland native and former associate head coach at Northern Illinois, she has a proven track record when it comes to recruiting in the Chicago area and the Midwest. She has demonstrated a high standard for excellence on the field, in the classroom and in the community. Great things are in store for our softball program under Alicia’s leadership.”

Prior to her stint at NIU, Abbott spent the 2014 campaign as an assistant coach at SIU Edwardsville, where she played a key role as the Cougars posted 30 wins and captured the Ohio Valley Conference West Division title, an OVC Tournament crown and earn a berth in the NCAA tournament.

Before returning to her native state of Illinois, Abbott served as the top assistant coach at Newberry College in South Carolina for two seasons, working with the infielders, while also filling the role of hitting coach. She got her start in coaching as a volunteer assistant coach at North Carolina State University in 2012.

Abbott began her collegiate career at UIC and was the Horizon League Newcomer of the Year in 2008 after batting .307 and starting all 57 contests. Following her sophomore season, Abbott transferred to North Carolina State, hitting .283 in her two-year career with the Wolfpack.

“I am humbled and ecstatic to be part of this chapter in Rambler Athletics at the helm of the softball program,” Abbott said. “I would like to thank both Steve Watson and Holly Strauss-O’Brien for the opportunity to take a group of young women, who have set high standards both on and off the field, to embrace the chance we have at making a mark in the Missouri Valley Conference. Loyola is an exceptional institution with a world-class staff and I am eager to lead and mentor our team and to help shape us into a program that is both competitive and provides our student-athletes with the best experience possible.”

Loyola is coming off a 25-win campaign and returns three NFCA All-Region selections from that squad, including rising junior first baseman Allyson Ivey, who set a Loyola single-season records with a .460 batting average and 54 RBI last spring.