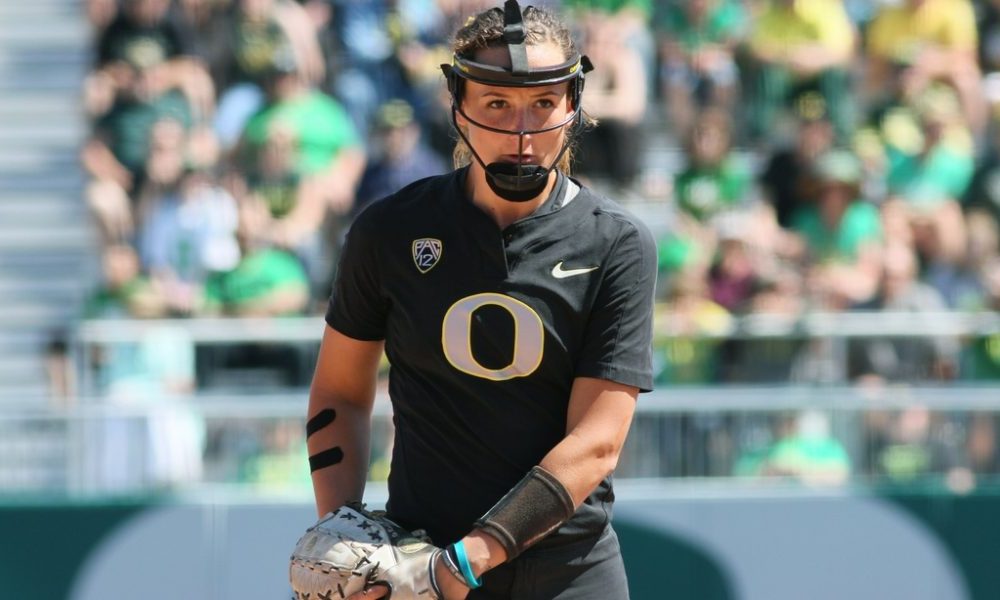 The Pac-12 Pitcher of the Year, Megan Kleist, is the next Duck set to take flight as first reported by Justin’s World of Softball.

The two-time All-American and Appleton, WI. native was a Top 10 finalist for the USA Softball National Player of the Year award in 2018 and has been a steady and powerful force for Oregon during her tenure.

Sources have shared that the likely destination for Kleist is Louisana-Lafayette. This move would reunite her former club softball coach (Phoenix Jr. out of Green Bay), Mike Roberts. Roberts joined the Ragin’ Cajun staff this past summer after a one year stint as the head coach of Buffalo. Prior to Buffalo, Roberts was the pitching coach at Washington (2015 – 2017) and a volunteer assistant at Oregon (2014) working to develop the Ducks’ pitchers with Mike White.

Roberts is an Auckland, New Zealand native where men’s fast pitch has a strong presence and produces some of the best talent in the world. With that expertise he has been instrumental in the developed of pitchers like Taran Alvelo and Cheridan Hawkins.