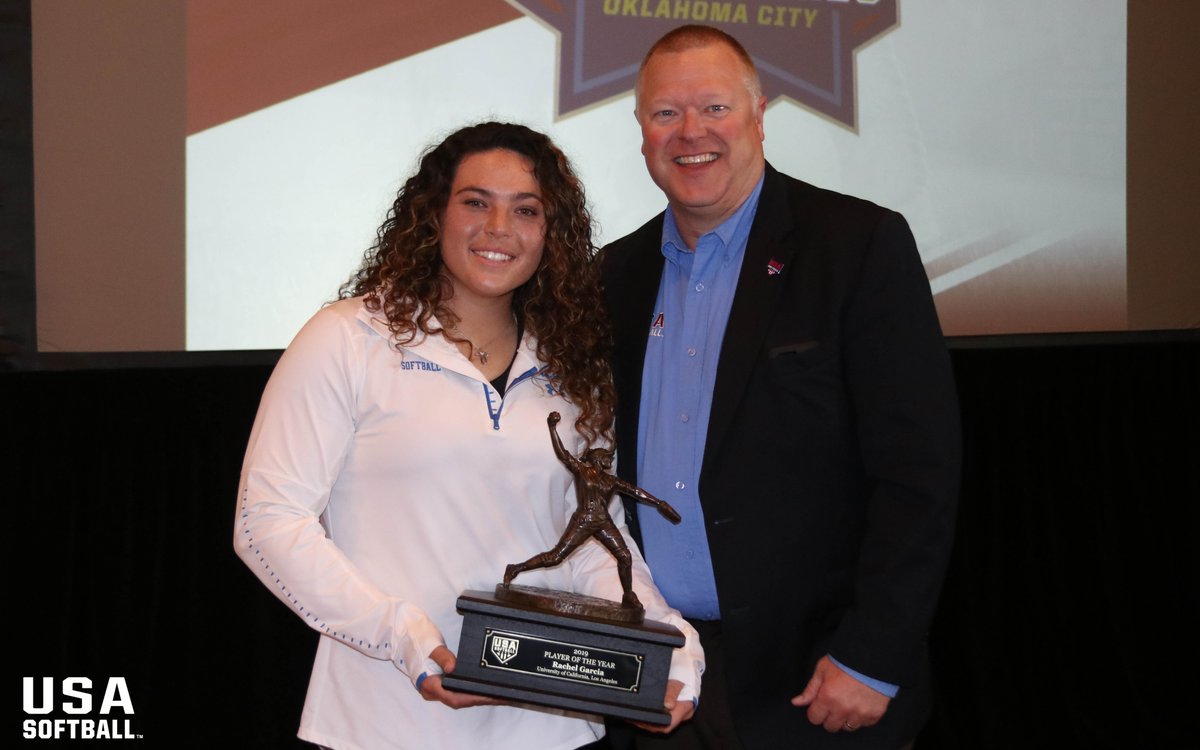 OKLAHOMA CITY —USA Softball, the National Governing Body of Softball in the United States, announced today that UCLA’s Rachel Garcia has been named the 2019 USA Softball National Collegiate Player of the Year. The award, which is considered the most prestigious honor in Division I women’s softball, is designed to recognize outstanding athletic achievement by female collegiate softball players across the country.

“I am completely honored and humbled to be named USA Softball Collegiate Player of the Year,” said Garcia. “This award is dedicated to my grandpa, who I lost at the beginning of the season. I played this entire year for him. I’d like to thank my teammates because they’ve pushed me this entire year knowing that the loss of my grandpa really put me down. I also want to thank my coaches for giving me the opportunity to play at such a prestigious university.”

Back-to-back Pac-12 Player of the Year and 2019 Pitcher of the Year, Garcia is third in the nation with a 1.01 ERA and leads the Bruins’ pitching staff with a 24-1 record and 253 strikeouts in 166 innings in the circle through Super Regional play.  In addition to her pitching accolades, Garcia boasts a .344 batting average, nine home runs and 49 RBI.

The other finalists for the 2019 award were 2019 Colonial Athletic Association Pitcher of the Year Megan Good from James Madison University and 2019 Big 12 Player of the Year Sydney Romero from the University of Oklahoma.

The USA Softball Collegiate Player of the Year is voted on by coaching representatives of 10 Division I Conferences in the 10 USA Softball Regions, members of the media who consistently cover Division I Softball across the country as well as past winners of the award.

Related Items:Feature, Player of the Year