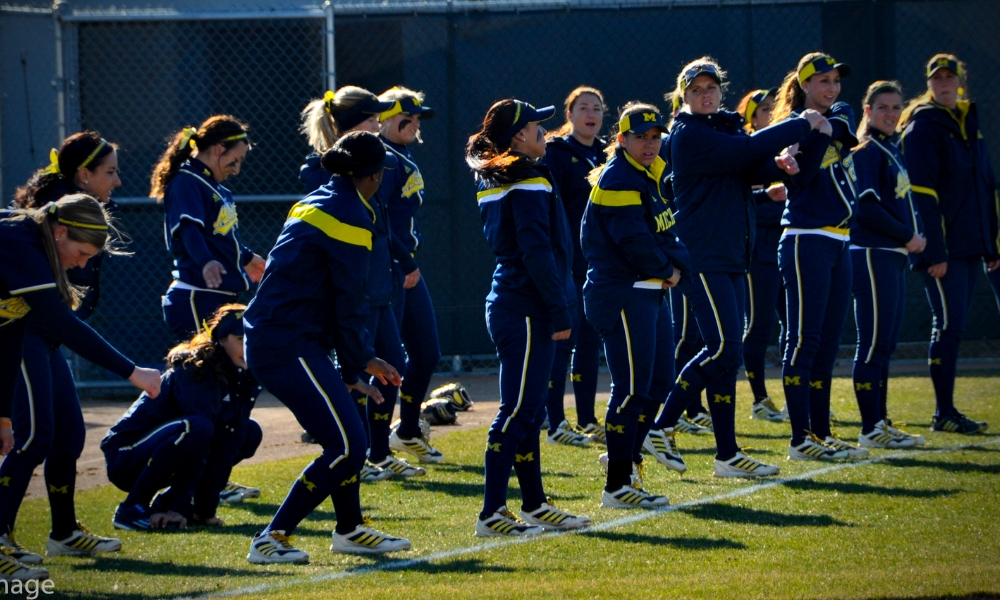 Softball is a sport where conditioning during the activity is at a minimum. Softball players sprint on and off the field from their positions and around the bases when they are on offense. Pitchers are the only position on the defense who are always in motion, and it is a very relaxed and low heart rate movement which surprises many. When teams are not on the field for defense, they are standing or sitting in the dugout waiting for their individual at bats.

It’s important that coaches find a way to incorporate conditioning into team practice. Even though softball players only have to sprint from home to first on a regular basis, it’s important to increase the conditioning load, so players get faster, stronger, and mentally tough.

Below are three ways for softball coaches to incorporate conditioning into practice.

Dynamic Warm Up: It is very common for college teams to incorporate their conditioning into their dynamic warm-up for practice and game days during the season. Next time you attend a college game, get there early enough to watch the warm-up. Dynamic warm-ups in college softball will include sprints, stretching, and some strength training. When teams travel, practice, and play almost every day during the week during the season, it can be hard to find time for the extra strength and conditioning training teams usually get in the off-season months. If you are a coach of a team and you find it hard to condition your athletes, make a dynamic warm-up for the team to follow on practice and game days that is roughly 15-20 minutes long.

After Practice: If you can’t find time for conditioning before or during practice, for example on days when it’s just a team hitting practice, save some time for after practice. Running bases is a common way to work on sprinting for teams. A sprint ladder to conclude practice could be four sprints through first base, three to second base, two to third base, and one all the way around the bases. Encourage players to jog back to their place in line after each sprint is completed. Another after practice conditioning drill option is running foul poles in the outfield along the warning track. Foul poles are longer sprints that will push players and increase their endurance.

Conditioning in softball is important. Not only does running and sprinting condition the players, but it also challenges them and pushes them to new boundaries mentally. It’s critical that coaches find a way to incorporate conditioning into practice. Whether it’s in a dynamic warm up before practice, live defensive situations during practice, or after practice, take some time to complete it. Players who condition will be faster on the bases which are a huge threat to any team. Take the time to condition and your team will be well on its way to a successful season.