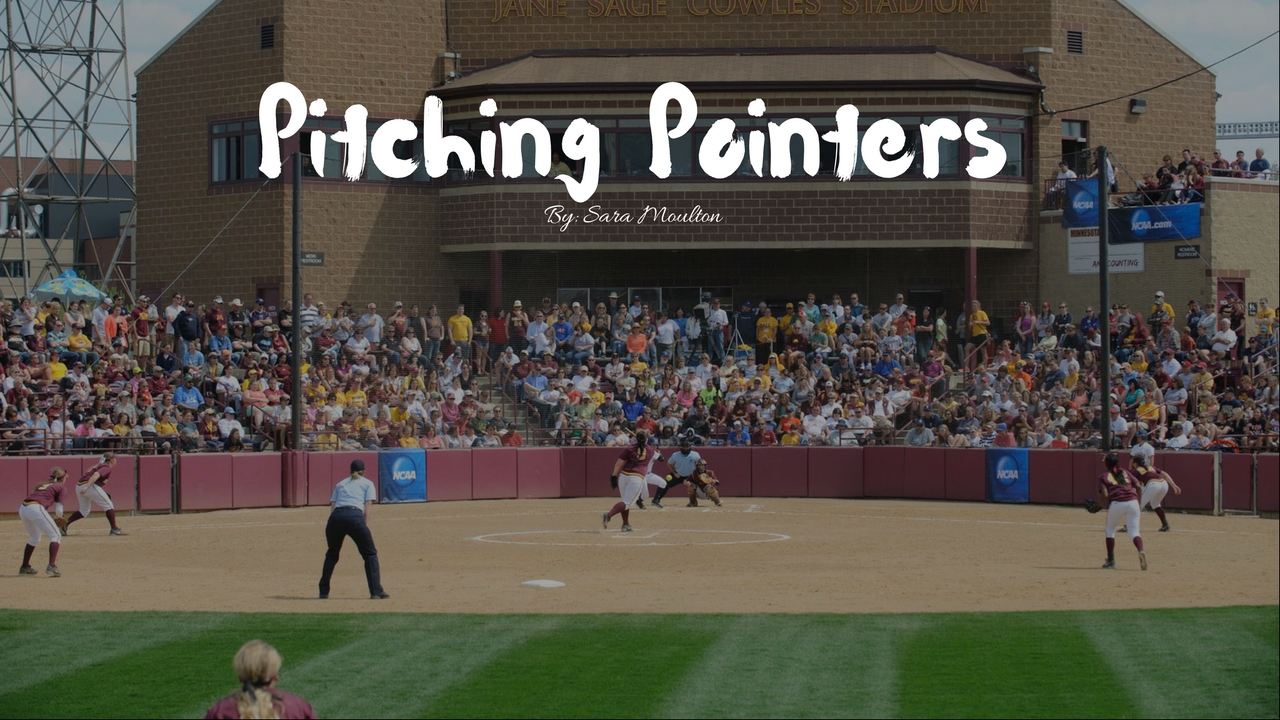 The pitching debate continues, are pitchers considered to be more successful if they have more pitch options than others? There are a handful of pitches that softball pitchers can learn and master. Almost every pitcher is going to start off by being introduced to a fastball. The next pitch should always be a changeup or some off-speed pitch to throw off the hitters timing. After that, there are curveballs, screwballs, drop balls, rise balls, and mix match variations of those pitches like an off-speed curve or a drop-curve. Some may argue that off-speed pitches don’t count as additional pitches but to each their own.

What makes a softball pitcher successful? The most successful college pitchers are the ones who can hit their spots consistently in the river, throw an off-speed pitch, have speed behind their ball, and maybe a third or fourth pitch option for setting up and strike out purposes. You don’t need to throw every pitch available to be a successful softball pitcher. The pitchers who are the most successful are the ones who take one pitch at a time, learn it, practice it, and then eventually master it after hours and hours of repetition.

Learning a new pitch can be exciting and very addicting to softball pitchers and their eager parents. Mainly when a new pitch works for the player. It can take months and even years to master a new pitch, depending on how much time you can put in. College pitchers are lucky if they can learn a third and fourth pitch on top of the fastball and change-up during their career. Having a handful of pitches doesn’t do any good if the pitcher can only throw one or two of them consistently, while the others are average at best.

What about for tryouts? The pitching tryout system at the travel and club ball level needs to be re-evaluated. Often pitchers attending the tryout are awarded additional points if they attempt to throw pitches other than a fastball and change-up. The evaluators should also be held accountable and challenge the pitcher to explain how she is going to make the pitch work. If the pitcher can’t explain how she is going to throw her drop ball and execute the body positioning, chances are she was told by a parent to throw a low fastball and call it a drop ball.

Then there are pitching instructors who are known for teaching pitcher’s multiple pitches at a young age. If you told a college coach that you know an 11-year old who can throw four pitches, that coach would laugh and tell you to find a new pitching coach. Most college pitchers don’t even throw four pitches, and they are much older, stronger, self-aware, and experienced. Pitchers at the traveling levels should be throwing fastballs, change-ups, fastball spots, and maybe working on introducing a third pitch as a side project.

Learning too many pitches too young can lead to poor pitching mechanics and injury. Movement pitches require altered body and arm positioning, which if not monitored and taught correctly, could cause injury to the pitcher down the road. The safe route is waiting to learn movement pitches until the pitcher is more developed and has body awareness so she can feel her movements and make the corrections when her coach isn’t standing over her. Learning new pitches too early can also destroy the fastball and change-up, the two original pitches the pitcher learned and the two absolutely needed to survive in the sport.

You don’t need a handful of pitches to be a successful softball pitcher. Again, the pitchers who find the most success in our sport are the ones who master their fastball spots first, then add a lights out change up, develop speed, followed by a third pitch if needed. It can be easy to get caught up in the pressure to add a new pitch. Don’t worry about what everyone else is doing, for every softball pitcher is on her own journey. Trust your process, put in the work, master YOUR pitches, and you will be well on your way to a long and healthy pitching career.