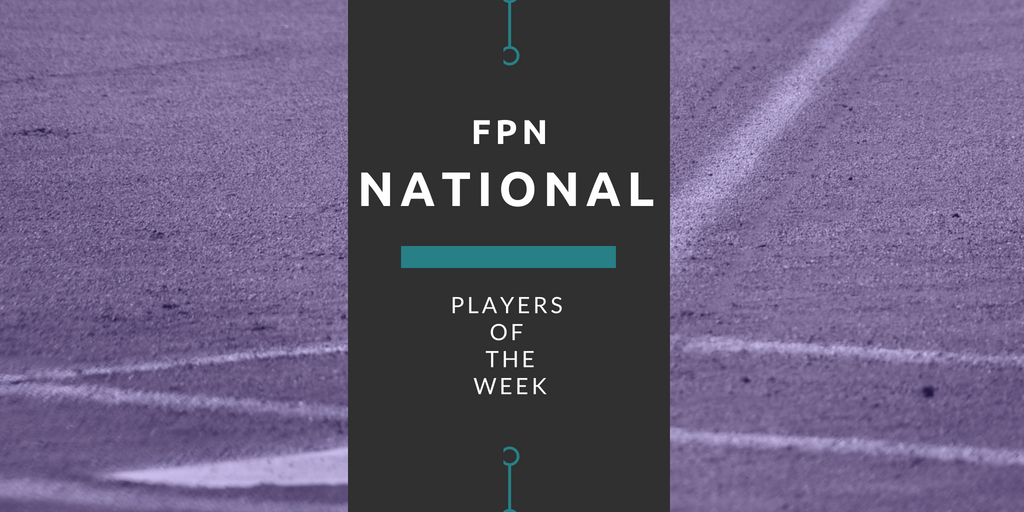 Not only was Emma Nichols outstanding in the circle at the JO Cup 18U Championship game for the St. Louis Chaos, but she can also swing a bat. Pitching all seven innings in the championship game, Nichols showed her strength in the circle helping the Chaos secure the title. Throughout the tournament, she threw 20.2 innings, tossed 211 pitches, and recorded 12 strikeouts. At the plate, she went .500 with a .556 on-base percentage, seven RBI’s, and four doubles. Nichols only struck out twice and walked once in seven games. Nichols plans to keep her talents in-state as she plans on playing at Missouri. Makayla Hurst is the first NCAA Division I commit in her high school’s history.  Holding it down at first base, she had 24 putouts and four assists in her six games played there. At the plate, she had a collective batting average of .500 before Saturday’s final games. Hurst had 27 at-bats and collected nine hits, five RBI, three doubles, and one home run. Approaching the plate with confidence and poise, Makyala Hurst stood out as a key player in the JO Cup.