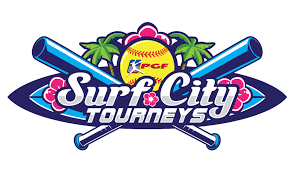 The 2018 Surf City Tournament is underway and we have our preview of the 18U, 16U, and 14U field! Per usual, this year’s field is stacked with the country’s top talent and teams. It will be an exciting true first look at the new makeup of some of the top programs for the 2018-2019 season. The 18U and 16U tournament boast 15 pools while the 14U tournament hosts eight.

From top to bottom every division and pool will be challenging, here are our top picks of pools and teams to watch!

18U
We are especially interested in Pool C which is comprised of a “murderers row” of talent teams with a long tradition of success.

16U
We’ll be keeping a close eye on pool B, especially Athletics Mercado/Greg who ranked No. 15 on our most recent Super 60 14U rankings and have moved up. It will be interesting to see how they perform in an extremely strong 16U pool.

OC Batbusters Stith, So Cal Athletics, and So Cal Chopper teams are always fierce and always contenders. This may very well be the toughest pool across all three tournaments.

14U
At first glance it appears that the 14U tournament has the most wide-spread distribution of talent across all eight pools. With teams and players moving up, newcomers from younger age divisions, and even some veteran teams we will be excited to see how everything shakes out. Of the three, this tournament may include more surprising outcomes and “upsets” which makes for an exciting weekend of softball. Due to the spread of talent it’s more difficult to choose top pools to watch as they are all intriguing but here are our top three.

We are especially keeping our eyes on Utah Fastpitch Club Korth. With the recent success of the University of Utah’s program it will be interesting to see how the interest and talent has developed.

POOL A:
Arizona Storm Mathis/Appel
Athletics Mercado/Greg 14 – Previous team: No. 15 Super 60 14U Ranking. It will be great to see the new faces of Mercado/Greg.
California Cruisers Caouette
Central Cal Dirtdogs-Pickering
Grapettes Gann/Kapp 14U
So Cal Choppers 14U