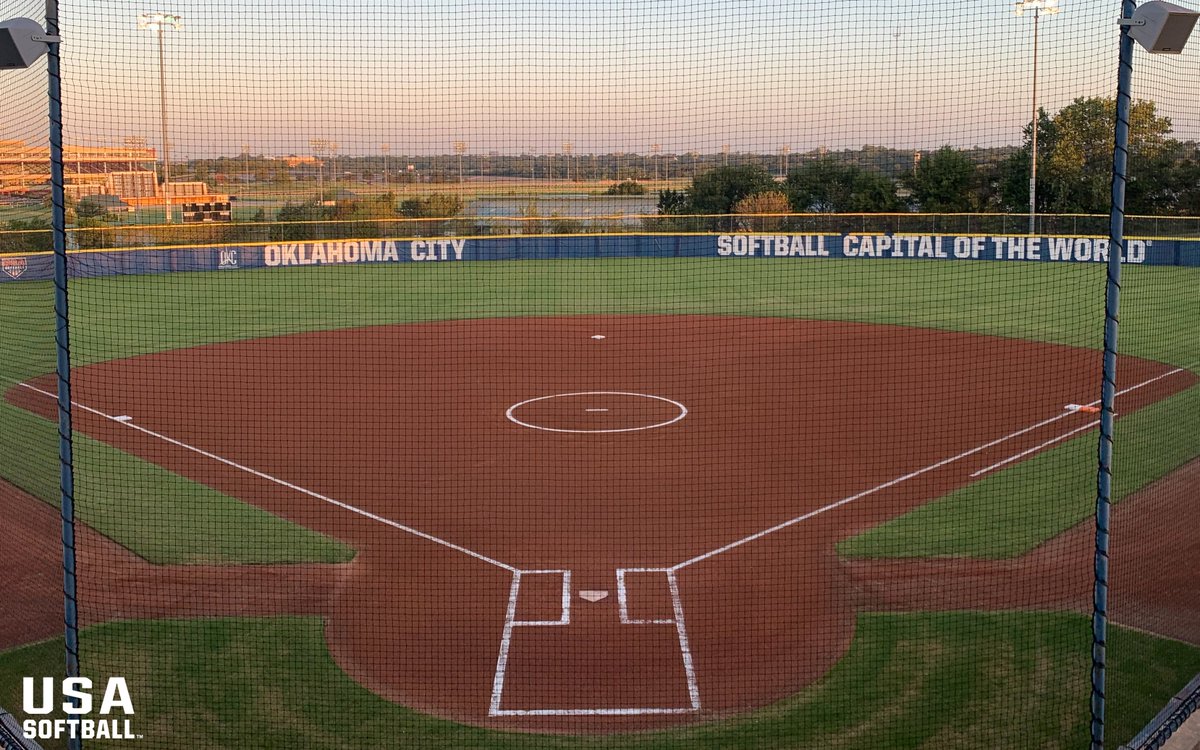 OKLAHOMA CITY – The Softball Capital of the World® will turn Red, White and Blue as 29 Olympic hopefuls arrived in Oklahoma City for the 2020 U.S. Olympic Softball Team Selection Trials. Held through October 6 on Field 3 at the USA Softball Hall of Fame Complex, athletes will vie for a spot on the 15-player roster and three replacement athlete roles on the 2020 Women’s National Team (WNT).

“The Olympic Trials, wow,” said WNT Head Coach Ken Eriksen (Tampa, Fla./Head Coach at South Florida). “I can’t believe this week is finally here. The level of talent that is here is beyond any softball enthusiasts’ wildest dreams. The best players in the country are in Oklahoma City to try and garner one of the 15 spots on the 2020 U.S. Olympic Softball Team. I wish them all good fortune and I hope all embrace this opportunity.”

Highlighting the list of invitees are two Olympic Medalists: Monica Abbott (Salinas, Calif.) and Cat Osterman (Houston, Texas). In addition to Abbott and Osterman, 13 members of the 2018 World Baseball Softball Confederation (WBSC) World Championship team, who helped the U.S. capture back-to-back titles and qualify for the Tokyo 2020 Olympic Games, will participate at the 2020 Selection Trials.

Comprising the 2020 WNT Olympic Selection Trials invitee list includes present or former student athletes from four athletic conferences: Big 10 (two), Big 12 (four), SEC (10) and Pac-12 (13) who represent 14 NCAA Division I universities. Of the athletes invited, 10 athletes have won one or more NCAA Women’s College World Series (WCWS) National Championships with their respective university, while four have garnered USA Softball Player of the Year honors at least once during their career.

The roster for the 2020 USA Softball WNT will be announced at the conclusion of the Selection Trials and a press conference featuring the 2020 roster will be held on the morning of October 8. Following Selection Trials, the team will participate in the “Stand Beside Her” tour, a series of competitions and training opportunities as the team preps for the Tokyo 2020 Olympic Games, slated for July 22-28 in Fukushima and Yokohama, Japan.

Eriksen was announced as the Head Coach for the 2020 U.S. Olympic Softball Team pending approval by the USPOC. The remainder of the coaching staff for the 2020 Tokyo Games will be announced at a later date.

The Selection Trials are open to the public with free admission.

Media wishing to attend the 2020 WNT Selection Trials are required to abide by USA Softball’s Accreditation and Media Policies, which can be found at USASoftball.com.