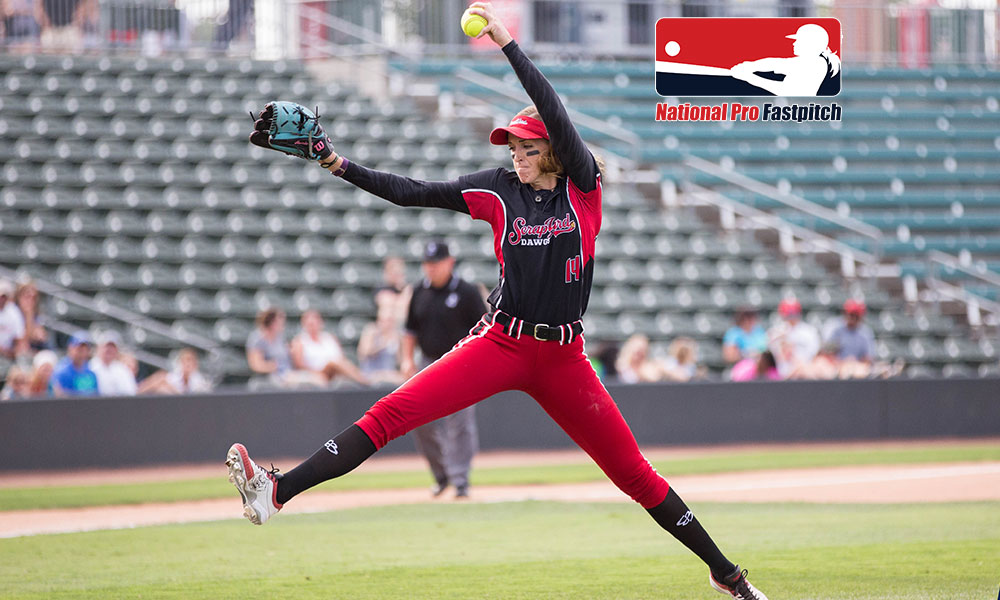 Photo courtesy of the NPF

The 2017 National Pro Fastpitch draft will take place on Monday April 24th at 7p.m. CT and will be available to fans worldwide via live stream on NPFTV. All five NPF teams will be participating in this year’s five round, 26 player selection draft with the USSSA Pride making this year’s first pick. Which college softball senior will be selected first? You’ll have to tune in to find out!

The NPF season takes place from June-August. Each year after the conclusion of the college season, the five teams who make up the Professional league compete all summer long all over the country in front of fans and on select TV stations. The Professional league is extremely important to the game of Fastpitch softball for many reasons.

Continue Playing Careers: Without the Pro league, a softball players career will end after their collegiate career concludes. For many this is an unsettling feeling because college softball only lasts four years. Many players just start getting into their groove by their junior and senior season in college. The Professional league gives players the opportunity to continue playing after college and many who enter the NPF play for many years after their rookie season.

Highest Level of Play: The Professional League can be argued as the highest level of play for softball players. The majority of the players in the league were standout and decorated players from their college teams. There are many four-time NCAA All-Americans, Women’s College World Series Champions and contenders, and even former Olympians competing in the League. This makes for some serious competition and fast paced softball games to watch.

Fans Opportunity to Watch: Many fans of the NPF were once college softball fans who decided to follow their favorite players into their next playing chapter. Fans of the NPF are extremely loyal and are the reason that the league exists and continues to flourish. Everyone loves watching softball, especially the Women’s College World Series on TV. The week of the WCWS only happens once a year and fans need their softball fix. NPF games are aired on select TV channels and it gives fans another opportunity to watch the sport they love during the summer months following the hype of the WCWS.

Growing the Game: Every young softball player grows up dreaming and wishing for an opportunity to play in the Professional league or on the Olympic team when they get older. The NPF league gives the next generation the chance to dream and have ambitions to be in the shoes of the athletes they grow up idolizing one day. Pro teams also hold youth clinics all summer long which gives participating players a chance to learn from the best.