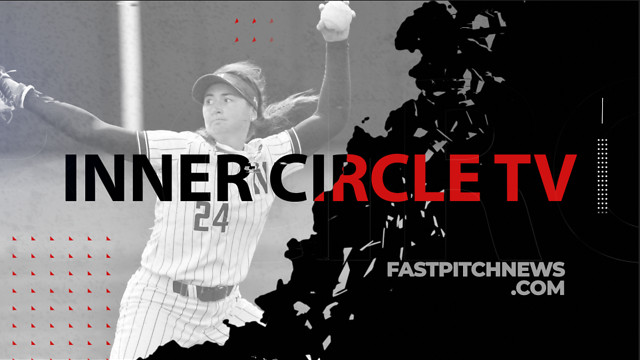 On a recent episode of “Inner Circle” softball co-hosts Kelsey Lunn and Claudia Farrell engaged in a pointed and direct conversation about the current state of the NPF. The response on social media has been interesting, mixed, and presents a fantastic opportunity for a continued community wide discussion.

At FPN we encourage staff to think for themselves and create constructive dialogue. We also try to respect all peoples view and opinions even when we do not agree with them. Something that Kelsey and Claudia are also not currently being afforded in this discussion. We can appreciate that some may not have liked the way the opinion was delivered. For those that felt offended, we apologize, that was never the intent. Claudia starts the show out by saying this is not about the players; it’s about the organization.

Over the next few weeks, we will be reaching to numerous people and asking them to join the show to share their thoughts and opinions. We admit that should have been lined up from the start and we apologize for that. It is critical that we all be willing to have constructive conversations on how to grow the Pro game.

Some people have supported the debate while others do not. It would be prudent to revisit the topics brought up to better understand why those topics anger people. Especially as a staff member from one of the programs went as far as to say that Kelsey and Claudia have no right to be critical of the NPF because “women should be supporting women.” Please revisit some of the points below and decide for yourself if they are supporting the women of the NPF.

Better promotion, marketing, and or access to information by fans.
The show starts with this set of issues. Advocating for better promotion of the league should be construed as a good thing, not a negative. Easy to find access to the statistics, both current and past, should be a priority. Softball, like baseball, is a statistic driven sport from the perspective of a fan. The two advocated for better marketing of the league, teams, and players. Again, how is this a negative? In the off-season, the league does not generate much content around the teams and the players. The off-season would be the best time to build interest, showcase the league’s amazing talented, and ramp up “hype” as the excitement for the new season mounts.

Better facilities for teams and players.
We can understand that the people in Mankato who have worked hard to bring the Peppers in, felt as if the two were being critical of their efforts. That work should be applauded and embraced and the direction of the conversation was not to point at Mankato though to some it may have sounded that way. It was a leaping off point to the larger conversation that has existed since the inception of the league, well before the new Peppers program. This all actually began with Lunn wanting to make the trip to southern Minnesota to catch a game. No one was insulting Caswell or the hard-working people who are making it happen in Mankato. In a Tweet from a former NPF player, she said it perfectly, “it’s okay to be very grateful and want more”. That’s the intended direction of the conversation. I personally have a lot of experience with Caswell park and in one of my senior photos, a Peppers jersey hangs in the background. It’s a great place and I’m told they are well on their way to setting an attendance record; which is wonderful but again, the conversation was not pointed at their efforts working with what they have to make it the best it can be.

Wanting better facilities for the players is not harmful, but preferably something we should all be advocating for and working towards. Again, this topic is not new and has been brought up many times in the past and by former players of the NPF.

Better pay for players.
This was also touched on during their discussion. How is this a point of contention? Are there players out there who do not strive for or hope to have better pay? We all want to see the league and the players flourish, but to get there, improvements need to be made, and concerns should be addressed, not ignore, condemned, or mocked. Players have left the league because they cannot afford to compete in it anymore. These athletes shouldn’t have to “just survive” when they reach this level of success.

More respect for the league and the players.
Of course, it is clear that many on Twitter think that there was disrespect shown. Again, that was not the intent; we are sorry if anyone is feeling that way. We do not have all the answers, but as a whole, we need to figure out how to bridge the gap from College to Professional. Especially how do we keep that momentum and respect flowing from one to the other? We would love to hear your thoughts.

The other topic Kelsey and Claudia mentioned was better housing, granted they also stated they were not sure of how housing always works. That topic should have been tabled until more data was available. But their overall point of making sure housing is stable for the players is still not negative.

In the end, agreed, the delivery would have better with more polish but when looking into the core messages what about the core context is offensive? Does the softball community really think the above topics are bad? Are we saying that we are not allowed to want more out of the league? And are we saying that any issues that do exist surrounding the NPF cannot be brought to light at all? How will that aid in the growth, development, and more opportunities for softball athletes everywhere? Not addressing the elements that can be holding the game and the league back is how entities inevitably plateau.

People do not have to agree with one another, but what they should be able to participate in civil discourse. The growth and, hopefully, the ultimate success of a professional Women’s Fastpitch League is something we all want to see. As a company, we are sorry to anyone we offended, that was not the intention and work is in motion to ensure future content is more polished, as we are planning on continuing this discussion. FPN believes that these topics are essential to the growth of the game and the league we are all rooting for to be successful.

Thank you, and we look forward to continued discourse.