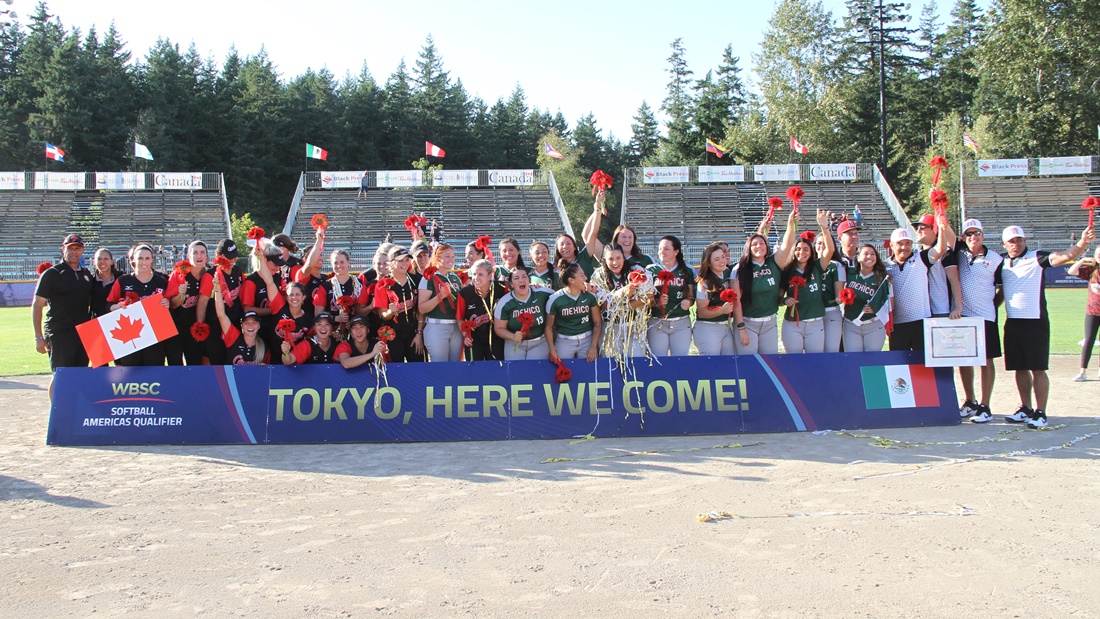 Release and Image from WBSC

It will be the first time Mexico will participate in an Olympic softball event, the pinnacle of the sport, while Canada has participated in the first four editions and will compete in Tokyo for the fifth time.

“Congratulations to the athletes, the National Federations, and the National Olympic Committees of Mexico and Canada for qualifying to the Olympic Games Tokyo 2020,” said WBSC President Riccardo Fraccari. “I want also to express my appreciation to the Local Organizing Committee for an excellent job organising this Olympic Qualifier in a fantastic city and venue.”

The qualifier in Surrey included the top softball nations across the Americas, including the Bahamas, Brazil, Canada, Cuba, the Dominican Republic, Guatemala, Mexico, Peru, Puerto Rico and Venezuela.

The remaining nation will be determined at the next WBSC Softball qualifier – an eight-team WBSC Softball Asia/Oceania Qualifier which will take place in Shanghai, China from 24-28 September.

Softball will have the honour of opening next year’s Olympic Games on 22 July with special starting games at the Fukushima Azuma Baseball Stadium.

Kaleigh Rafter, the Canadian catcher, said: “It’s been a long journey, a growing journey, I’m just excited for the teammates. I love this country, I love softball, I love playing for this team… It’s been a part of me since I first tried-out at 19 years old. It’s everything, it’s kind of who I am now”.

Dallas Escobedo, the Mexican pitcher, said: “I just tried to stay calm, enjoy the moment, enjoy the crowd and being myself. It’s just exciting being here and living this moment”.