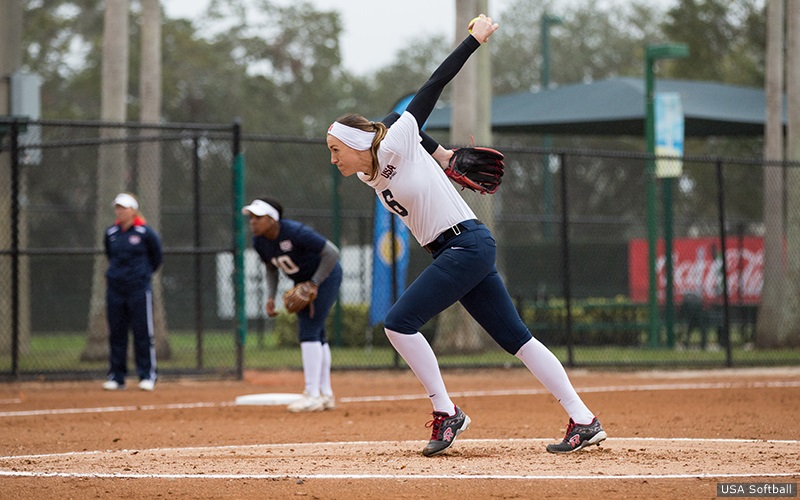 Following the USA selection camp that ran from January first thru the fifth in Clearwater, Florida, USA Softball announced the 34 players who will represent them in 2018.

USA Softball previously announced that they would sponsor a pair of teams to compete in 2018 to give more players the opportunity to play for Team USA and garner more experience in international competition in preparation for the 2020 Olympics.

Below is a list of players that will represent Team USA at the Women’s World Championship from August 2-12 in Chiba, Japan.

The 17 players that will represent Team USA at the Japan All-Star Series include Ally Carda, Amanda Chidester, Hannah Flippen, Jenna Lilley, and Jessica Moore. Chidester, along with Moultrie and Arioto, had been among the senior and longest-tenured members of the USA squad under the previous single-roster format.

Four players who participated in the open tryout in December made the team which were Washington infielder Sis Bates; Ole Miss outfielder Kylan Becker; LSU pitcher Carley Hoover; and Washington alum and recently-signed Chicago Bandit Courtney Gano each had to buy-in to participate in the open tryout, and were among nine players that were selected from more than 100 to continue on and participate in the selection camp.

Another former Olympic great that will be at the World Cup and Japan All-Star Series is reigning NPF MVP Kelly Kretschman. Kretschman was a part of the 2004 and 2008 medal-winning US Olympic squads and took home a gold medal in Athens in 2004.

“I am pleased with the Selection Committee’s choices in determining the 34 players that will represent the United States on the softball field this summer.” said U.S.A Head Coach Ken Eriksen in USA Softball press release.

Coaching the U.S. Team at World Cup in Oklahoma City will be Oklahoma’s Patty Gasso.