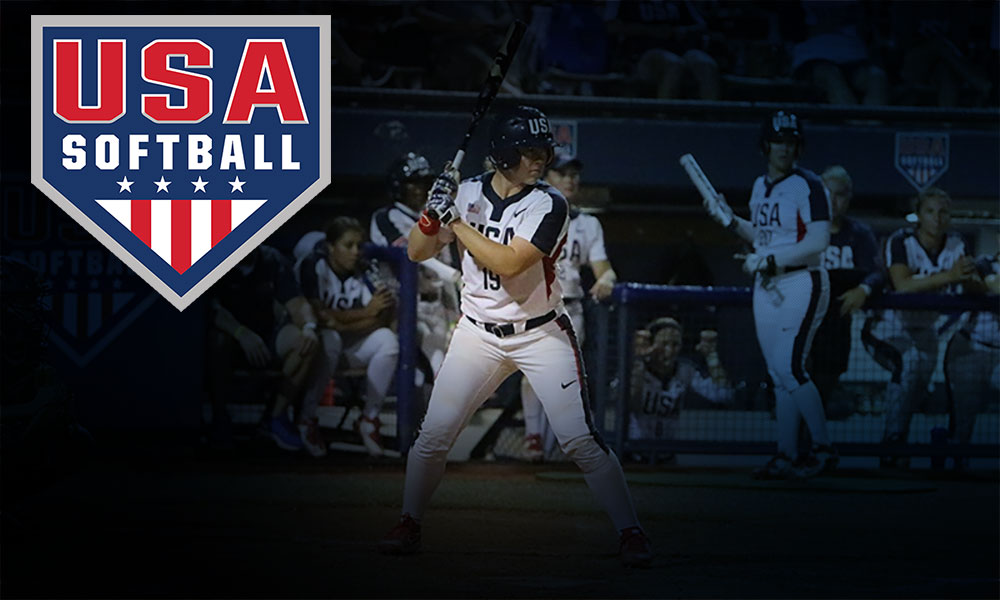 OKLAHOMA CITY –   Despite outhitting their opponents in the Championship finale at the World Cup of Softball XII, the USA Softball Women’s National Team (WNT) dropped a 2-1 decision to Japan to finish as runner-up.  USA’s Aubree Munro (Brea, Calif.) recorded Team USA’s lone RBI of the game after singling in the bottom of the fourth to plate Valerie Arioto (Pleasanton, Calif.).  Also seeing action on Championship Sunday at the World Cup of Softball was the USA Softball Junior Women’s National Team (JWNT), who shutout Puerto Rico in a 7-0 (five innings) run rule to finish in fifth place as the team preps for the World Baseball Softball Confederation (WBSC) Junior Women’s World Championship.

“I’m happy with where we’re at right now,” said Head Coach Ken Eriksen.  “We’ve got some players who now have five or six years of experience under their belt.  Our approaches at the plate are pretty darn good, it was just one of those days where their bloops fell in today and ours didn’t.  The way we’re playing defensively and offensively is pretty flawless.”

It was a typical high-level, competitive match between the top two ranked teams in the world in the World Cup of Softball XII Championship Game, and despite outhitting Japan, the USA Softball WNT finished as runner-up after a 2-1 loss.  The Eagles looked to create a seventh-inning rally but ultimately fell one run short, finishing the annual event with a 7-1 record.

Japan struck first in the top of the third inning to take a 2-0 lead.  Eri Yamada led off with a single but USA’s Kelsey Stewart (Wichita, Kan.) got Yamada out at second on a groundball from Mana Atsumi.  A single to Michelle Moultrie in right field advanced Atsumi to third to put runners on the corners before a walk to Yu Yamamoto loaded the bases.  With just one out, Minami Sato singled to center field to push across two Japan runs.

The U.S. struck back in the bottom of the fourth to cut the lead to just one run.  A leadoff walk to Valerie Arioto (Pleasanton, Calif.) followed by a single to right field by Moultrie put two on quickly.  A groundout put runners on the corners for Team USA to bring Munro to the plate, who on a 1-1 pitch drove a ball up the middle to bring Arioto home and make it a 2-1 ballgame.  Janie Takeda (Placentia, Calif.) followed with another single to prompt a pitching change for Japan as Yukiko Ueno entered for Yamato Fugita.  Ueno was able to retire the next two batters to prevent the U.S. from adding further damage.

Both sides would be kept silent through the next few innings of play to bring Team USA back to the plate for their final at-bat trailing by one.  Ueno was able to get two quick outs, but the U.S. proved to be resilient as Stewart doubled on a hard hit ball to the left-center gap.  With a runner in scoring position, Team USA looked to keep the game going, but a strikeout ended the game with the U.S. falling to Japan 2-1.

Up next for the USA Softball WNT is a doubleheader exhibition tour stop in Sacramento, Calif. July 12-13.  The team will take a brief break before heading to Santo Domingo, the Dominican Republic for the Pan American Games/World Championship Qualifier, August 4-13.  The team will conclude their 2017 season in Takasaki City, Japan for the 2017 Japan Cup August 25-27.

Just three days after dropping an opening-game 3-1 decision to Puerto Rico, the USA Softball JWNT found their rhythm as the team walked away with the 7-0 (five innings) shutout victory.  The JWNT pushed across two runs in the bottom of the first inning and never looked back as Holly Azevedo (San Jose, Calif.) gave up just three hits in a strong performance in the circle for the Red, White and Blue.

Azevedo retired her first three batters faced with a pair of strikeouts and a groundout.  Hannah Adams then led off the U.S. at-bat with a single up the middle and advanced to second on a grounder from Sis Bates (Ceres, Calif.).  Bubba Nickles (Merced, Calif.) demonstrated her veteran experience in the bottom of the first inning for the JWNT as she blasted a home run over the centerfield fence to give the U.S. the early 2-0 edge.

Another one, two, three inning for Azevedo brought the potent U.S. lineup back to the plate, and the team delivered with another five runs.  Dejah Mulipola (Garden Grove, Calif.) got the offense rolling with a leadoff single but was thrown out advancing to second on a groundball from Alyssa Rivera (Eagle Lake, Fla.)  Rivera would then move to second on a single from Elissa Brown (Eclectic, Ala.) and both moved up a base on an error by the Puerto Rico defense.  With the bases loaded, Bates singled on a hard-hit ground ball back up the middle to plate two.  Nickles came up big again in her next at-bat, doubling on a line drive to left field to bring Adams and Bates home and make it 6-0, USA.  The final run of the inning would come after Lou Allan (Hesperia, Calif.) brought Nickles home on a ground ball to left field.

Puerto Rico would manage to get three base runners on through the remaining three innings of play but was unable to figure out Azevedo in the circle as the JWNT claimed the run-rule victory to finish the World Cup of Softball XII with a 4-4 record.

Azevedo earned the win for the JWNT, going the full five innings with four strikeouts and three hits allowed.  At the plate, Nickles drove in four of the U.S. runs while Bates picked up two RBI and Allan collected one RBI.

“The team is starting to get used to each other and starting to know each other’s abilities,“ said Head Coach Laura Berg.  “Today it showed.  They were flawless on defense.  I’m so proud of this team.  They played against teams who have ten-plus years of international experience and they did not back down.  They went toe-to-toe with them and they’re just going to continue to get better.”

Up next, the USA Softball JWNT will now set its sights on the World Baseball Softball Confederation (WBSC) Junior Women’s World Championship in Clearwater, Fla. July 24-30.  After that, they will regroup in Cincinnati, Ohio where they will compete at the Major League Baseball (MLB) RBI World Series.

Canada shut out Australia 3-0 in the Bronze Medal Game at the World Cup of Softball, capitalizing on a three-run first inning.  Two Canadian pitchers combined for the win as Karissa Hovinga pitched the first six and one-third innings with six strikeouts and five hits allowed.  Sara Plourde earned the save after entering in the bottom of the seventh to keep the Australian offense from rallying.

The Philippines earned a walk-off, extra-inning thriller over Mexico after trailing through the first six innings of play. Down 6-2 in the bottom of the sixth inning, Philippines drove in four runs to push the game into extra innings.  Mexico would score the international tie-break runner to take a one-run lead in the top of the eighth, but a single from Francesca Altomonte in the bottom of the eighth drove in two runs to give the Philippines the 8-7 win.

USA Softball is a 501(c)(3) not-for-profit organization headquartered in Oklahoma City, Okla., and is designated as the National Governing Body (NGB) of Softball in the United States and a member of the United States Olympic Committee. One of the nation’s largest sports organizations, USA Softball sanctions competition in every state through a network of 70 local associations and has grown from a few hundred teams in the early days to over 150,000 teams today, representing a membership of more than 2 million.  USA Softball is dedicated to providing people of all ages the opportunity to play the game they love at a variety of levels by offering recreational, league, tournament and competitive play for fast pitch, slow pitch and modified pitch.  USA Softball annually conducts thousands of tournaments throughout the country including over 100 National Championships.  The USA Softball umpire program is among the nation’s largest and is widely known as the best-trained umpires in the game.

About the World Baseball Softball Confederation

Headquartered in Lausanne, Switzerland — the Olympic Capital — the World Baseball Softball Confederation (WBSC) is the world governing body for baseball and softball. WBSC has 213 National Federation and Associate Members in 142 countries and territories across Asia, Africa, Americas, Europe and Oceania, which represent a united baseball/softball sports movement that encompasses over 65 million athletes and attracts approximately 150 million fans to stadiums worldwide annually.

The WBSC governs all international competitions involving official National Teams. The WBSC oversees the Softball World Championships (Men, Women, U-19 Men, and U-19 Women), Premier12, World Baseball Classic, and Baseball World Cups (U-12, U-15, U-18, U-23 and Women’s).