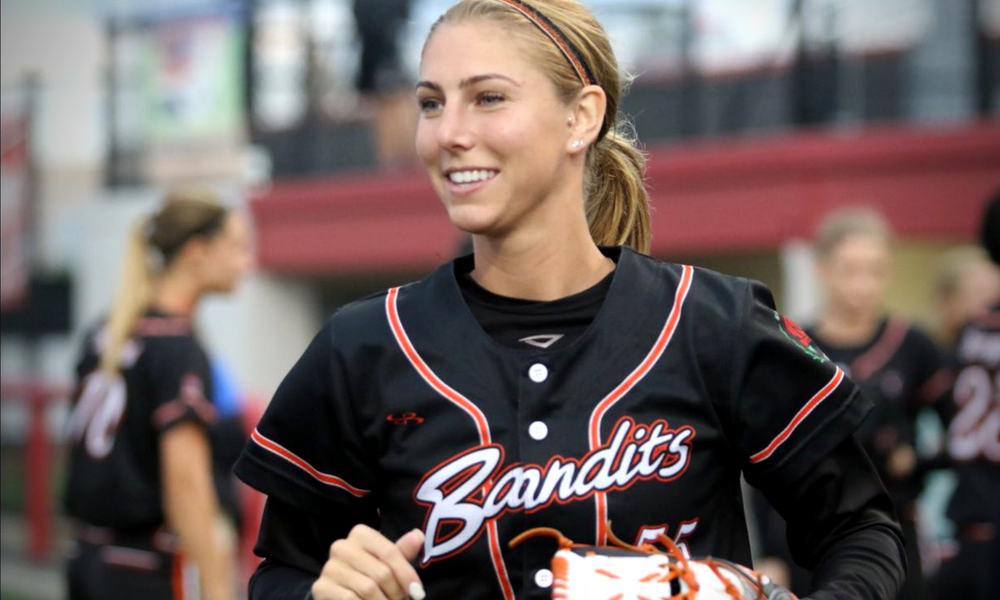 Brenna Moss of the Chicago Bandits continued her historic season Wednesday night as the veteran left fielder captured a trio of honors, including the Player of the Year Award, at the NPF Awards Banquet.

Moss tied the league’s single-season hits record with 65 and led the NPF in batting avg., runs scored, and stolen bases which Moss stole 27 bases to rank third all-time in a single season and first in Bandits history. As a result, Moss collected the NPF’s Offensive Player of the Year Award and Stolen Bases Award.

USSSA’s Pride pitcher Jolene Henderson won Pitcher of the Year Award after the right-hander posted a stellar 10-0 record throughout the regular season with a 0.40 ERA as part of a dominant Pride pitching staff. Henderson paced the club with 70.0 innings of work in the circle and surrendered just four earned runs. She also maintained a 6-to-1 strikeout-to-walk ratio.

Fellow rookie Jessie Scroggins secured the Rookie of the Year Award after the Bandits right fielder became one of two first-year players in NPF history — joined by Beijing Shougang Eagles outfielder Victoria Draper — to eclipse the .400 mark at the plate. Scroggins concluded the regular season with a .412 clip at the plate, breaking the previous record set by Sami Fagan of the Akron Racers during the 2016 season.

A trio of standout sluggers shared the title of Home Run Champion after Chicago’s Emily Carosone, along with USSSA’s Lauren Chamberlain and Megan Wiggins each delivered 12 deep flies during the 2018 campaign. Wiggins supplied a pair of home runs over the final two games of the regular season to create the three-way tie.

The USSSA Pride coaching staff of Mike Stith, Cody Dent and Andrea Duran captured the Vaultz Lock It Up! Coaching Staff of the Year honor after the first-year crew guided the Pride to the NPF’s regular-season championship and the best regular season record of all-time at 42-5.