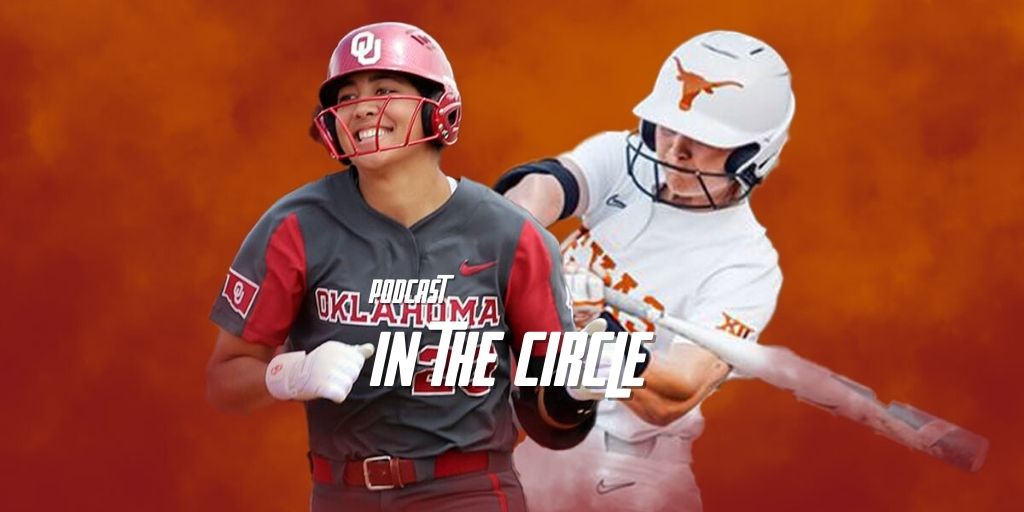 It’s Monday, and you know what that means! It’s a brand new edition of In The Circle, and Victor Anderson is running the show (and making sure he’s legal with the hosting position). We preview the upcoming Red River Showdown with Texas Softball play-by-play voice Andrew Haynes. He chats with Vic about the Longhorns’ recent hot streak, the addition of Hailey Dolcini, what Texas needs to do to pull the upset, and their impending move to the SEC.

Eric Lopez and Justin McLeod from Extra Innings Softball join Victor to recap a wild weekend, including a breakdown of Sunday’s action between Virginia Tech and Florida State. They also recap San Diego State’s big Mountain West victory, a possible new leader in the West Coast Conference, Stanford’s season-defining victory, and much more. Also, Eric mentions the one thing that might be holding back the Pac-12, and it has nothing to do with anything on the field.