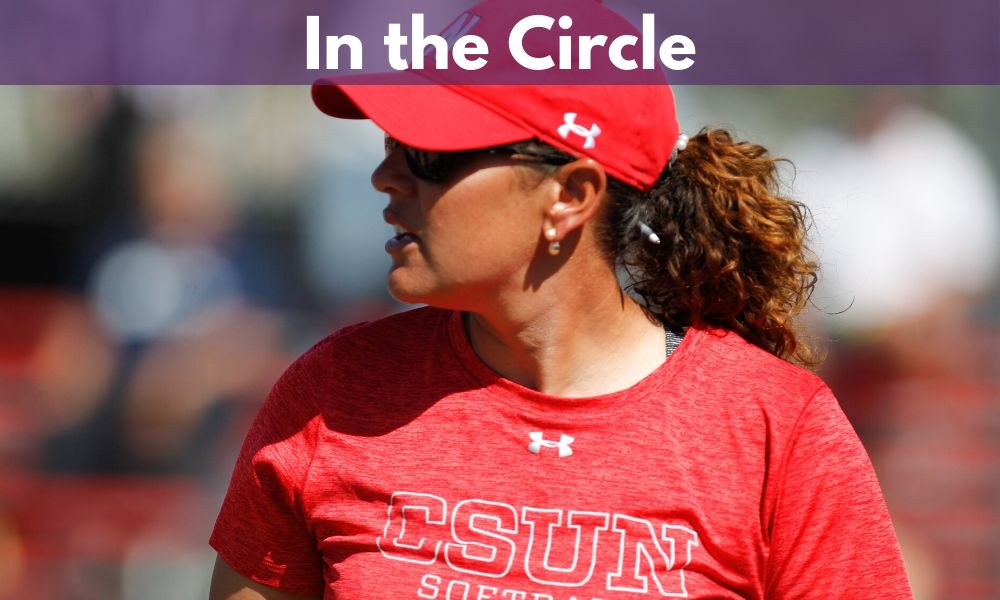 On this edition of In The Circle, Eric Lopez talks with Cal State Northridge’s Head Coach Tairia Flowers who discusses being inducted into the UCLA Athletics Hall of Fame this past weekend where Flowers was a 2-time All-American and a National Champion.

Flowers talks about her time as a player with U.S. National team, being part of gold medal team in 2004 Summer Olympics and silver in 2008 Olympics in Beijing, and comparing it to her current time being on the U.S. Coaching staff as an assistant coach.

Flowers also discusses her time in coaching that led her to CSUN.

Also on this episode, Eric and Victor look at some storylines and marquee games from the 2nd annual Clearwater Elite Invitational.

4:13-Coach Flowers breaks down balancing coaching both CSUN and being a part of the USA National Team Coaching Staff. She also shares what got her interested in becoming a part of that staff

8:36-Flowers talks about playing with both Monica Abbott and Cat Osterman during her time on the 2004 and 2008 Olympic team

9:45-Tairia shares the moment she learned about her induction into the UCLA Athletics Hall of Fame as well as her time as a Bruin

15:53-She talks about what led her into coaching softball

17:14-What led Coach Flowers to take the job at CSUN

21:16-Flowers speaks about winning the Big West championship in 2015 and making the NCAA Tournament

26:14-Coach speaks about previous guest Savannah Horvath and her career at CSUN

31:16-The improvement of the Big West and chances for multiple teams to make the postseason

41:46-Victor shares his thoughts on the upcoming SPC Elite Invitational including what teams he will keep an eye on