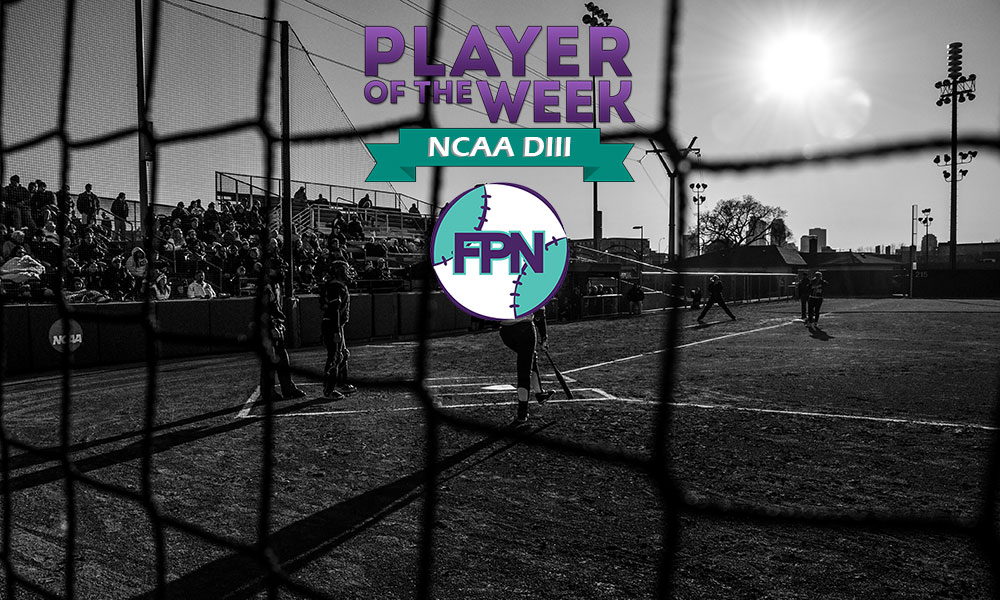 Fastpitch News has released its March 13, 2017, Softball Players of the week awards for NCAA DIII. All nominations will be considered and are due each Monday by 3:00 pm eastern time. Please submit to rankings@fastpitchnews.com for review.

Player of the Week

Nina Marcano was locked in at the plate this past week. Marcano batted .462 with a .962 slugging percentage. She had two home runs on the weekend, one of them being a three-run walk-off. On the week she posted 11 RBI, one double and three triples. On the bases she was a perfect 5-for-5 in steals and scored seven runs.

Pitcher of the Week

Madeline Abbot led Lebanon Valley to a 5-0 record in five appearances and recorded four of her own wins in the process. The freshman started four games, and pitched two innings of relief to total 24 innings of work. Abbot allowed just two runs on 14 hits and struck out 26 batters in those 24 innings of week to post a 0.58 ERA for the week. On average, Abbot allowed less than three hits per contest, with her best performance coming in a complete-game 6-0 shutout win over Misericordia where she allowed one hit and struck out seven. She held her opponents to a .167 batting average