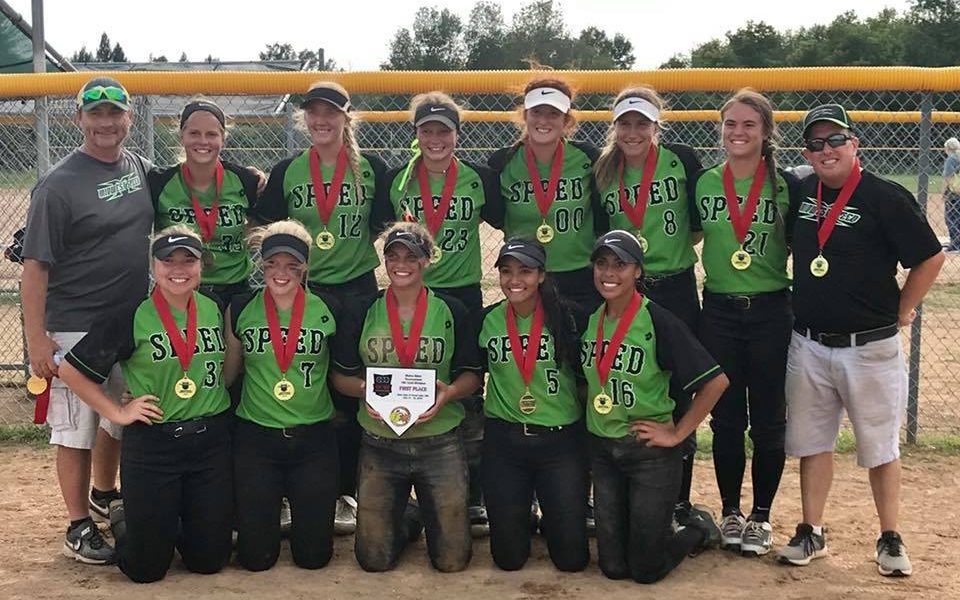 Below is a great piece authored by longtime coach Sean Hall. Hall is from Minnesota and as a lengthy, accomplished career while being instrumental in the growth of the game not only in Minnesota but arguably throughout the Midwest. He has coached a grand total of 235 teams over 32 years on both the high school and club side (134 softball, 66 basketball, 34 soccer). During this time he has won 13 conference championships, 10 section champions, three state runner-up titles, two state championships (2002 St. Bernard’s High School and 2007 North St. Paul High School). Hall has also enjoyed success in the club ball realm with some of his favorite accomplishments including a second place finish out of 120 teams in 2008 at ASA Nationals in Moline, IL. as well as a third place finish at 16U PGF in 2011.

He is currently coaching and running the Midwest Speed program and formerly ran the very success Minnesota Sting program. Hall has helped over 100 student-athletes play at the next level.

First of all I have a ton of respect for all of the High School coaches out there. I get a chance to coach against the best High School coaches and the best club coaches and I personally see no difference when you are talking about the best coaches in each. There are some great coaches all over the country. I want to talk about things I have seen/heard over the years that I think might help some coaches. I have also heard from many high school coaches that have had issues with “know it all players”. I am hoping these tips can help players and coaches.

The biggest issues I have heard when it comes to players or parents complaining about coaches generally deals with hitting. Specifically, coaches trying to change their swing. This is tough because hitting can be a very complicated subject. I have coached for 32 years but the more I study different hitting instructors and listen to different people, I sometimes come away more confused.

Here are some thoughts on the subject…
#1 Allow the player to take ownership of their own swing. Many parents spend a lot of money with hitting instructors and/or hitting clinics. To expect that you will be able to come in and help them change their entire swing in a few months is unrealistic and counterproductive.

#2 NEVER put the players between two coaches. If Sally is working with a hitting instructor don’t put pressure on her to SWING your way. The first thing this will do is get her thinking too much and worry about pleasing you and/or her hitting instructor instead of just hitting the ball.

#3 That being said, they still need help. Ask them what they are working on with their hitting coach and how you can help. This may seem like a small thing but now everyone is working together. If you have time it would also be great to talk to the hitting instructor. This works even better if that instructor is working with a lot of your players. When you do this the player WINS! Now you have a TEAM approach to the players swings and will have much more confident hitters.

#4 I would suggest using the word TRY more than the word do. Save the word DO for when you are absolutely sure they are doing something wrong. If you are going to be respective of them they need to be respective of you. For this to work both ways when you suggest a player TRIES something they NEED to make sure they try to make it work. If you run into the player that tries to make sure it doesn’t work then I would keep my eye on that player. The more cooperative the player is when I am trying to help the more she could get the benefit of the doubt. The kid that knows it all better keep hitting or they will be on thin ICE! That being said, if a player is hitting well while standing on their head I probably wouldn’t mess with them too much.

The previous comments are ASSUMING their hitting instructor/coach knows what they are doing. If their hitting coach tells them to “Squash the Bug” then forget the last 4 points I just made! Also someone may have a swing that works well against weaker pitching but will struggle at a higher level. I would start making those adjustments. For many smaller schools the high school coach probably is the “hitting guru” in town.

#5 Focus on your strengths as a coach. Many coaches make the mistake thinking they have to know everything about all facets of the game. This is false. Focus on what you know and don’t try to be an expert on the things that you don’t know as much about. If you don’t know a lot about pitching try to hire some assistant coaches that can help in that area. If you don’t know a lot about pitching and you try to change a pitcher you may lose credibility and then they will be less likely to trust you in the areas you are sure about. Also don’t be too proud to think you can’t learn from your players. A lot of players have put a lot of time in so don’t hesitate to ask questions about who taught them this skill and how do you think it helps you?

#6 Be yourself. I made a mistake my second year at Saint Bernard’s thinking I needed to coach more like a former coach did to be successful. The problem is that wasn’t me. Players will see through it. Once I became myself I was much more comfortable and did a much better job.

#7 If you REALLY want to work for the players ask their club coach to get you a list of the things that their player needs help with. The coaches that work together for the player’s best interest are really doing things for the right reasons.

#8 IF ANOTHER COACH NEEDS TO BE BAD FOR YOU TO BE GOOD THEN YOU AREN’T A VERY GOOD COACH. The coaches that constantly criticize other coaches are insecure and want it to be all about them. A really secure coach will say great things about other coaches. This works both ways with Club Coaches and High School Coaches.

#9 Even though you may decide to allow input from players you are still the one in charge. If players get too opinionated then you probably need to slow them down and remind them who is in charge. But if you can develop good relationships with your players it makes things easier.

#10 The toughest job of a High School Coach is trying to get players playing time in 20 games when EVERY GAME is important. Your most difficult job is filling out a line-up. If you want to show your players how hard it is have them write the line-up down for 3 fictional games. Then if you want to scare them, tell them to sign their name to it and pass it around for everyone to see. You might see a line-up you like? But players will realize how hard this can be and will hopefully understand how hard it is to fill out a line-up.

These are just my opinions and are based on listening to many issues over the years while being a High School and Club Coach. I hope you can take one or two things out of this list that may help. Remember it’s about the girls and the worst thing we can do is pit coaches against each other.