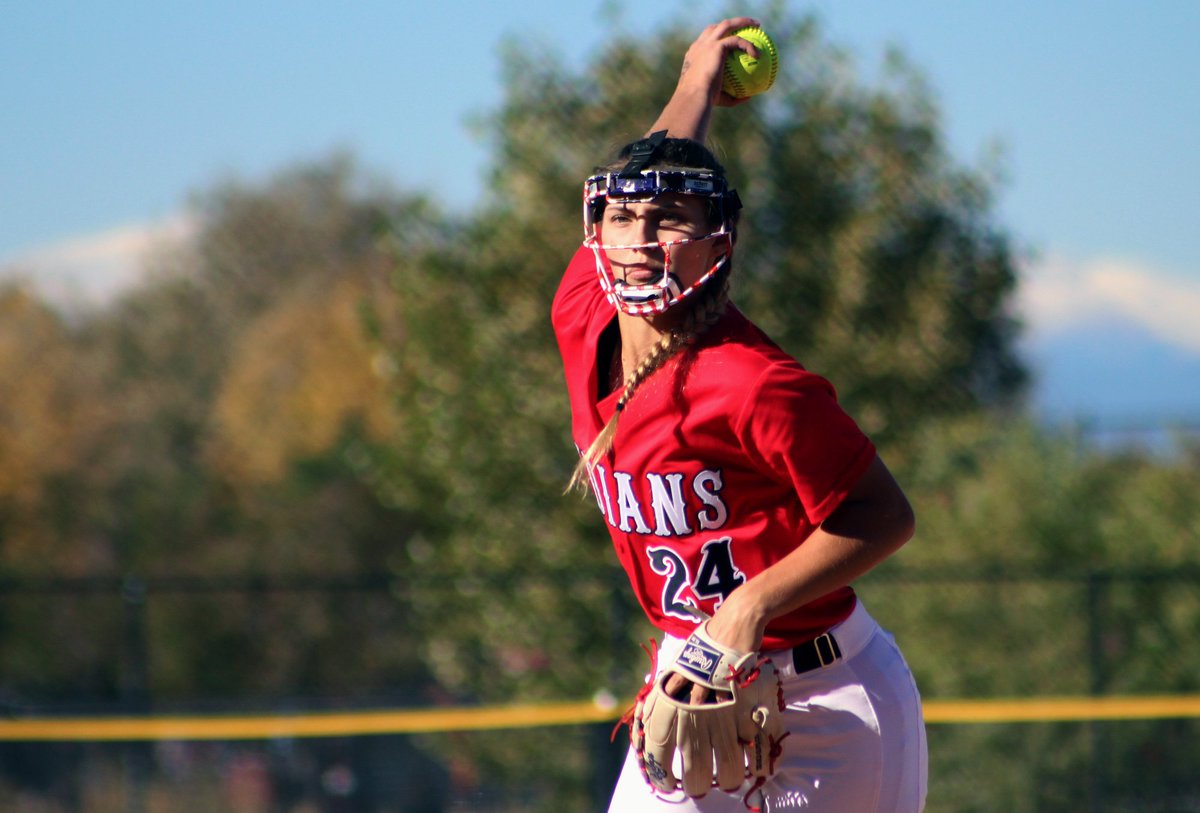 Five states compete in high school softball during the fall: Colorado, Georgia, Missouri, Nebraska, and Oklahoma. Let’s check in on the top performers and names to know so far across these states.

Merik Edgar, Blackwell (OKLAHOMA)
Edgar holds a .711 batting average in 53 plate appearances through 13 games with eight doubles and a triple.

Andreya Hunter, Tucker (GEORGIA)
Our next “.700 Clubber” is Andreya Hunter with her sparkling .710 average in 62 at-bats. Her power numbers include seven doubles with six triples and home runs through 21 games played.

Alyssa Gappa, Omaha Northwest (NEBRASKA)
Gappa has been a terror throughout Nebraska high school softball and as part of Iowa Premier Club ball. She’s hit for a .712 average through 89 plate appearances this fall with nine doubles, seven triples and home runs in 29 games. Gappa has also collected over 40 intentional walks in the past two seasons.

Mariana Lopez, Far Northeast (COLORADO)
Next up is Mariana Lopez with her .725 average through 51 at-bats. Nine doubles, five triples, three home runs highlight her stat sheet so far this fall.

Katrina Roberston, Mesa Ridge (COLORADO)
Roberston has been a force this fall in Colorado hitting for a .736 average in 82 plate appearances. She’s blasted 12 doubles, four triples, and three home runs in 22 games played.

Brooke Baca, Alameda (COLORADO)
Baca is one of the top hitters in Colorado with a .742 average in 54 plate appearances. She’s recorded eight doubles, one triple and home run.

Denver Bryant, Dougherty (GEORGIA)
Remember the name, this 2020 Auburn commit is extremely talented with some of the purest athleticism you’ll find. She comes from baseball background and was one of the youngest members of US Women’s National Baseball Team when she played. This fall she hit for a .759 batting average with 12 doubles, seven triples, and 11 home runs in 22 games.

Jordyn Bahl, Papillion-LaVista (NEBRASKA)
An impact player on both sides of the ball, Bahl holds a .579 average with five doubles, four triples, 17 home runs through 30 games.

Jordyn Bahl, Papillion-LaVista (NEBRASKA)
The future Oklahoma Sooner, Bahl had a busy summer of club ball with tons of interest from programs across the country. She has been dominate this high school season posting a 0.06 ERA over 110 innings of work while only allowing one earned run in 370 batters faced. Papillion-LaVisita has played 30 games and is currently ranked No. 2 in the country by the NFCA.

Taylor Tinsley, George Walton Academy (GEORGIA)
This 2022 graduate has turned the heads of big name programs and is currently moving through her recruitment process. She holds a sparkling 0.26 ERA through 80.1 innings of work this fall and has only allowed three earned runs in 21 games and 289 innings of work.

Tori Kniesche, Wayne (NEBRAKSA)
This future SDSU Jackrabbit has worked 130.1 innings and maintained a 0.38 ERA. She has faced 458 batters over 28 games allowing only seven earned runs.

Paige Bedsworth, Father Tolton (MISSOURI)
In 90.2 innings of work, Bedsworth holds an ERA of 0.39 through 13 games, facing 331 batters. She has only allowed five earned runs. She’s also thrown five no-hitters and a perfect game this fall.

Laurin Krings, Loveland (COLORADO)
Krings is having an incredible season this fall both at the plate and in the circle. She holds a 0.42 ERA in 132 innings pitched. The Mizzou commit has only allowed eight earned runs in 486 batters faced over 23 games.

Jana Lee, Dougherty (GEORGIA)
In addition to her incredible offensive talent, Lee got in done in the circle this fall. She posted a 0.48 ERA in 103 innings of work while facing 409 batters. She only surrendered seven earned runs.

Grace Anderson, Tishomingo (OKLAHOMA)
Grace Anderson is continue to shine in 16 games with an ERA of 0.50. She’s worked 56.1 innings and faced 194 batters while only surrendering four earned runs.