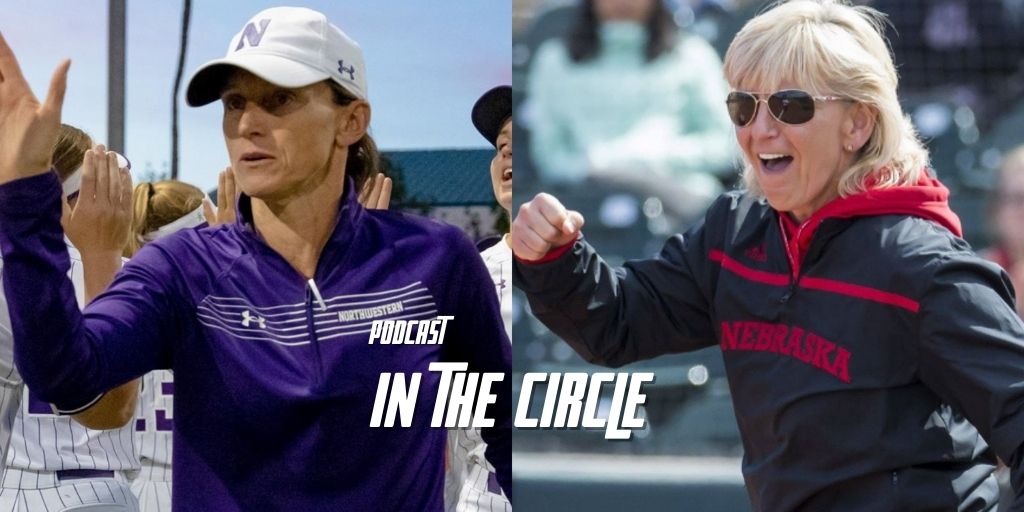 We’re less than a month away from the start of the season, and it’s full speed ahead here at In The Circle. In this episode, we return to the Big 10 with two coaches who had spectacular 2022 seasons. First, we travel to Evanston to chat with Northwestern Head Coach Kate Drohan. The Wildcats made it to Oklahoma City last year for the first time since 2007 and have their Super Senior core returning for one last ride. Coach Drohan caught up with Eric Lopez about their impact on the program and their run to the WCWS last year. She also talks about the retirement of Coach Hutch and the Big 10 landscape in 2023.

We then travel to Lincoln to catch up with Nebraska Head Coach Rhonda Revelle. 2022 was a big season for Big Red as Nebraska took home their first Big 10 Tournament championship. Coach Revelle spoke about that run to the tournament title and how it will provide more confidence heading into the new season. She shares her thoughts on playing Coach Hutch for the final time last year in the tournament and the landscape of the Big 10 heading into 2023.