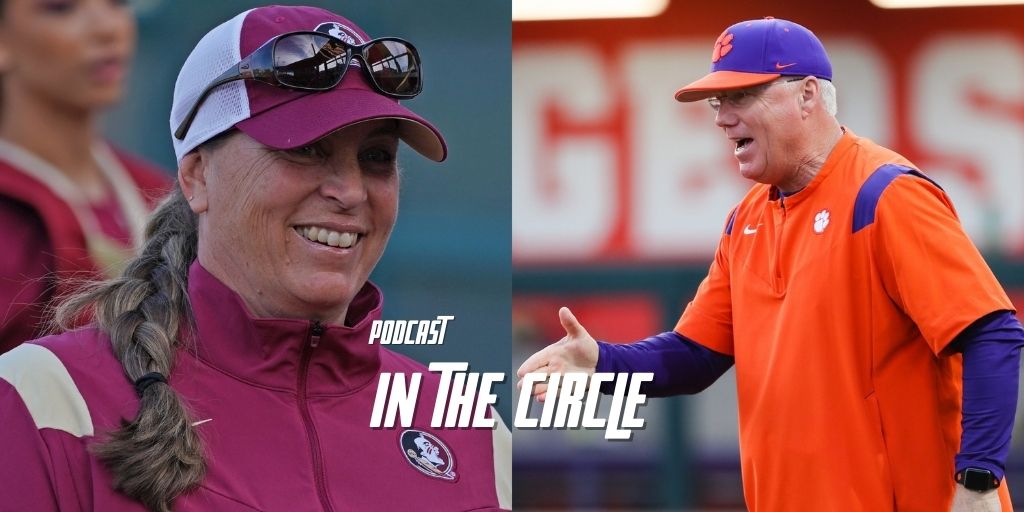 When we say something will happen on In The Circle, trust that it will happen. On our second of three episodes this week, we travel back to the ACC and talk to two of the favorites to win the league and make it to Oklahoma City. First, we have our annual conversation with Florida State Head Coach Lonni Alameda. The Seminoles are ranked in the Top 5 of multiple preseason polls and have their sights set on the WCWS. Coach talks to In The Circle about the upcoming season and the stunning conclusion of 2022. She also shares her thoughts about being inducted into the NFCA Hall of Fame, the growth of the ACC, and more.

Then, we chat with one of the fastest-rising programs in the sport as Clemson Head Coach John Rittman talks to In The Circle. 2022 was another year of firsts for the program as the Tigers hosted and won the program’s first regional. With another stacked roster ready in 2023, Coach Rittman reflects on the rapid rise of the program and their season outlook for 2023. He also shares his thoughts on the landscape of the ACC, handling the expectations, and more.

The guys share their thoughts on the various pre-season polls, including a new segment on the show called Red’s Reflections. Victor Anderso has a few things to say about the rankings. We also announce our first guest confirmed for the LIVE Season Preview show on February 4th.