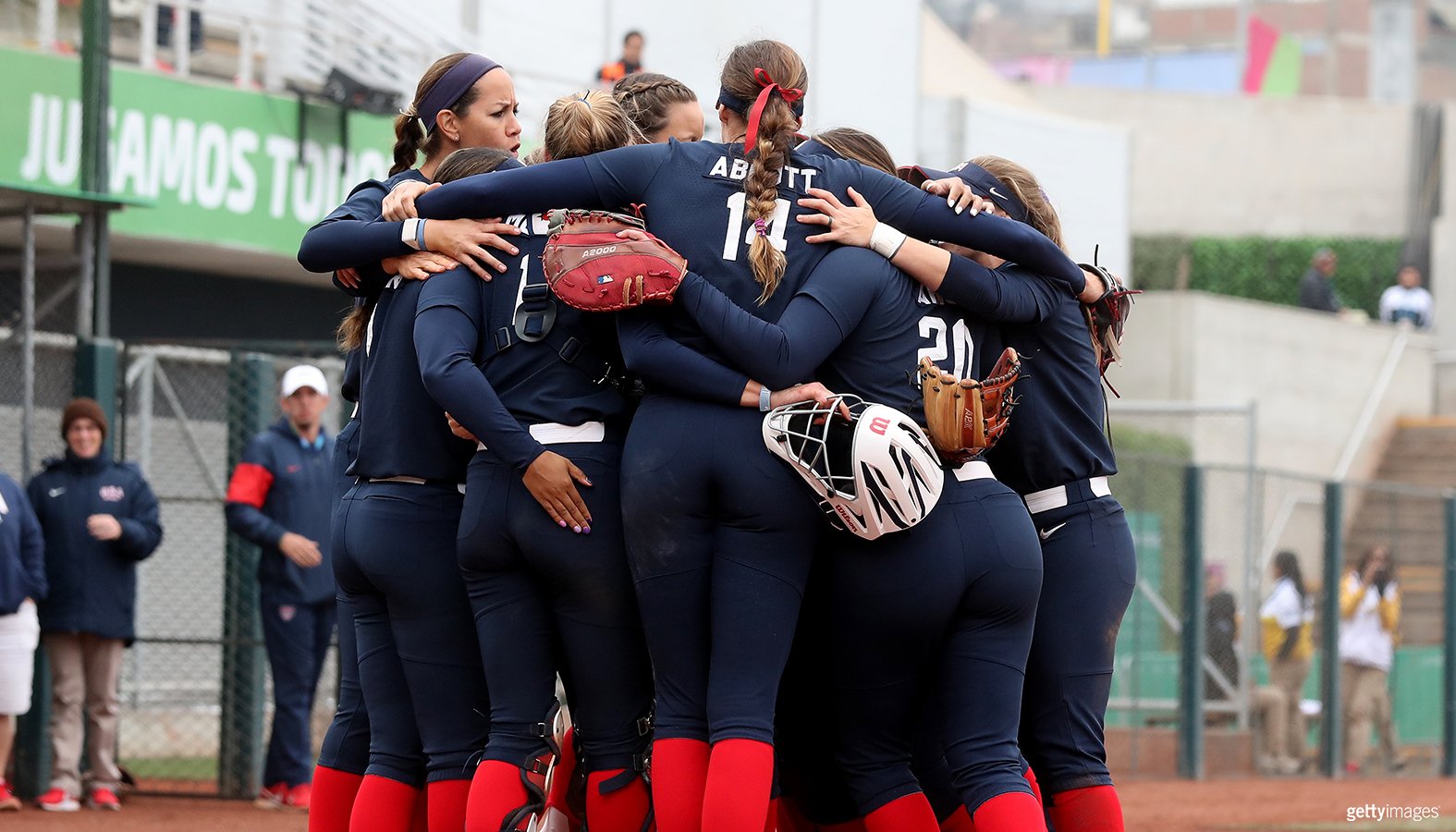 OKLAHOMA CITY –– The USA Softball Women’s National Team (WNT) has been selected as a finalist for the Best Women’s Team for the inaugural Panam Sports Award. Following a Gold Medal performance at the 2019 Lima Pan American Games, the U.S. captured the program’s ninth Pan American Games title while going 7-1 and outscoring opponents 45-6.

Fans can vote for their choice at www.panamsports.org/vote now through Nov. 30

In a season in which the Red, White and Blue stood atop the podium in every major international competition, the U.S. picked up four shutout victories en route to the Gold Medal in Lima. The WNT opened the Pan American Games with a dominating 9-0 (six innings) shutout over No. 5 Mexico in which Monica Abbott (Salinas, Calif.) fanned 13 batters and Ali Aguilar (Orangevale, Calif.) went a perfect 3-for-3, including a three-run home run. Team USA followed with another shutout performance, this time a 6-0 win over No. 4 Puerto Rico. Cat Osterman (Houston, Texas) and Rachel Garcia (Palmdale, Calif.) teamed up for the win in the circle while Haylie McCleney (Morris, Ala.) went 3-for-3.

A 6-1 win over No. 3 Canada put Team USA at 3-0 after Abbott had another stellar performance in the circle. Issuing 12 strikeouts, Abbott allowed just four baserunners while home runs by McCleney and Delaney Spaulding (Rancho Cucamonga, Calif.) highlighted the powerful offense.

The WNT picked up their third shutout victory of the 2019 Lima Pan American Games in a 9-0 (six innings) win over No. 16 Venezuela. Despite being held to just one hit through the first four innings of play, a five-run fifth inning, fueled by a Spaulding grand slam, and a four-run sixth inning, highlighted by a three-run, walk-off home run by Aguilar locked up the win. The U.S. closed out preliminary action with a 7-0 (six innings) win over No. 20 Peru after Keilani Ricketts (San Jose, Calif.) struck out nine batters.

Suffering their sole loss of the 2019 Lima Pan American Games in a 3-2 upset against Canada, Team USA needed to pick up two wins in the final day of play to capture the Gold. The team did just that, defeating Puerto Rico 3-1 to set up a rematch with Canada where the team soared to a 3-1 win for the Pan American Games Gold. Abbott went the distance in the circle for Team USA, earning both wins with two complete-games under her belt while Aubree Munro (Brea, Calif.) and Michelle Moultrie (Jacksonville, Fla.) lifted the offense in both wins.

Abbott led the tournament with a 4-0 record and 48 strikeouts in 28 innings of work. McCleney had a monstrous week at the plate, leading all batters with a .609 (14-for-23) batting average, a 1.043 slugging percentage and nine runs scored. McCleney also finished atop the home run leaderboard, tied with Spaulding with three each while Spaulding’s 11 RBI led the tournament.