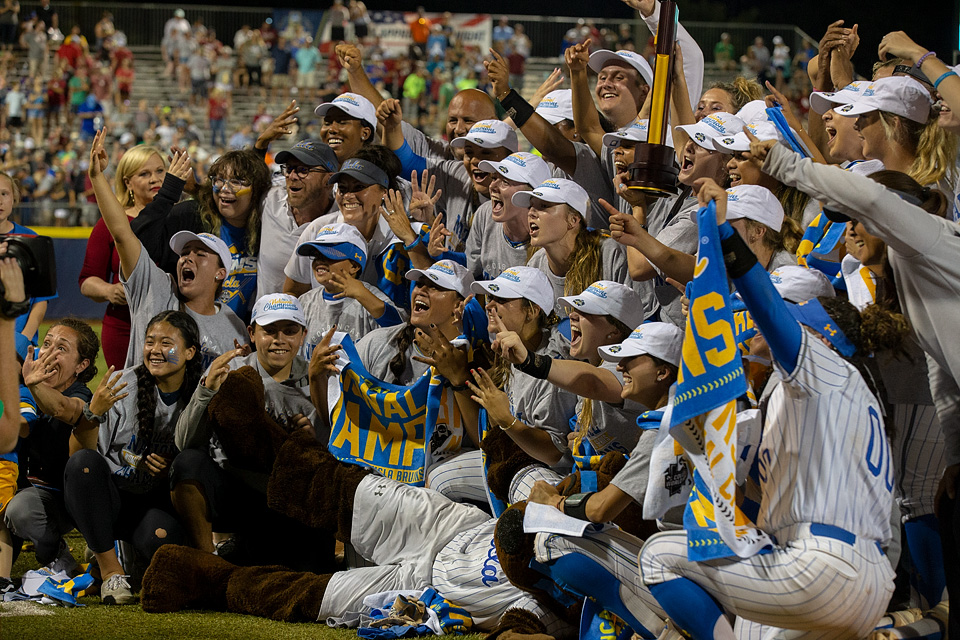 California Gov. Gavin Newsom (a former baseball player at Santa Clara University) signed Senate Bill 206, also known as the “Fair Pay to Play Act”, into law on Monday. The bill will not go into effect until Jan. 1, 2023 as current student-athlete contracts/NLIs uphold the current NCAA Rules. SB 206 (which you can read in full here) will allow student-athletes to profit from their name, image and likeness while also hiring agents and signing endorsement deals. There is a ton to digest around this issue and we aim to provide you a variety of resources and different sides to the debate through the background of the bill, reactions to its signing, and what happens next.

The conversation around compensating NCAA student-athlete is nothing new and you can easily find examples of it as well as lawsuits and court cases over the years. Ed O’Bannon v. NCAA, an antitrust suit, is one of the biggest cases and dates back to 2009. The case has a long history you can read up on and was eventually petitioned all the way to, then denied by, the U.S. Supreme Court.

Last spring California Congresswoman, Nancy Skinner introduced “The Fair Pay to Play Act” and it quickly gained traction. The NCAA formed a group to explore modifications to the rules surrounding “name, image, and likeness” issues. Around the same time, the California senate passed SB 206, 31-4, and the bill moved to the state Assembly.

Mark Emmert, President of the NCAA, responded saying, “We recognize all of the efforts that have been undertaken to develop this bill in the context of complex issues related to the current collegiate model that have been the subject of litigation and much national debate,” Emmert wrote in his letter to the committee chairs. “Nonetheless, when contrasted with current NCAA rules, as drafted the bill threatens to alter materially the principles of intercollegiate athletics and create local differences that would make it impossible to host fair national championships. As a result, it likely would have a negative impact on the exact student-athletes it intends to assist.” Emmert also shared that California schools could be banned from NCAA Championships if this bill passed into law.

Fast forward to today and the bill has passed and been signed into law.

In his statement following the signing of the bill, Gov. Newsom said, “This is the beginning of a national movement – one that transcends geographic and partisan lines,” said Governor Newsom. “Collegiate student athletes put everything on the line – their physical health, future career prospects and years of their lives to compete. Colleges reap billions from these student athletes’ sacrifices and success but, in the same breath, block them from earning a single dollar. That’s a bankrupt model – one that puts institutions ahead of the students they are supposed to serve. It needs to be disrupted.” You can read the entire release and statement, here.

Statement from the Pac-12, “The Pac-12 is disappointed in the passage of SB 206 and believes it will have very significant negative consequences for our student-athletes and broader universities in California. This legislation will lead to the professionalization of college sports and many unintended consequences related to this professionalism, imposes a state law that conflicts with national rules, will blur the lines for how California universities recruit student-athletes and compete nationally, and will likely reduce resources and opportunities for student-athletes in Olympic sports and have a negative disparate impact on female student-athletes.

The NCAA’s statement, “As a membership organization, the NCAA agrees changes are needed to continue to support student-athletes, but improvement needs to happen on a national level through the NCAA’s rules-making process. Unfortunately, this new law already is creating confusion for current and future student-athletes, coaches, administrators and campuses, and not just in California,” the NCAA said in a statement.

We will consider next steps in California while our members move forward with ongoing efforts to make adjustments to NCAA name, image and likeness rules that are both realistic in modern society and tied to higher education.

As more states consider their own specific legislation related to this topic, it is clear that a patchwork of different laws from different states will make unattainable the goal of providing a fair and level playing field for 1,100 campuses and nearly half a million student-athletes nationwide.”

The NCAA will surely pursue legal action as it has already stated they believe the bill to be unconstitutional – citing it violates the federal Commerce Clause. In this article from the Associated Press “Nebraska law professor Josephine Potuto believes the NCAA could use the U.S. Constitution’s Commerce Clause to retain control over eligibility decisions.

That argument, Potuto said, could give the NCAA enough flexibility to let schools comply with California law without risking expulsion while allowing the NCAA to declare individual athletes ineligible, a variation from the governing body’s traditional tack.

‘What the legislation does is inconsistent with the NCAA requirements,” said Potuto, who once chaired the NCAA’s committee on infractions. “The California schools are a member of the NCAA and when you’re a member of a club, you can try and get the rules changed. But you don’t get to be a member of a club and say I have different rules that I’m operating by without the risk of getting expelled by the club. So California can regulate by statute that its institutions work to change the bylaws and that’s perfectly fine. But to tell California schools you can’t do it risks their membership.'”

The AP also cites past examples of the NCAA opposing state-level decisions and declaring those areas “off limits” for championship events. Some of the situations they provided occurred in “Delaware, Montana, Nevada and Oregon faced this after allowing legalized sports betting on single games, though that situation changed after the Supreme Court cleared the way for expanded sports gambling across the country. Mississippi and South Carolina were banned from hosting championship events because of controversy over use of Confederate flags. North Carolina was put on the list after passing a “bathroom bill” considered anti-transgender and Indiana, where the NCAA is headquartered and the host for Final Fours, faced a similar response when it passed a “religious freedom” bill.”

Gov. Newsom has made it clear he is willing to continue the fight for these changes. In a quote from the New York Times, “(Gov. Newsom) effectively dared the N.C.A.A. to expel the schools. He and other supporters of the legislation argued that the N.C.A.A. simply could not afford to let the California universities — and their popularity in major media markets — slip away.”

Multiple states have begun talks to implement legislation of their own.

So what happens now is we all wait to see how things play out. Again, the bill cannot go into effect until 2023 and there are sure to be lenghty legal proceedings during that time. It will also be worth keeping an eye on what changes, if any, the NCAA makes within itself as it fights SB 206.

IN-DEPTH PIECES OF COVERAGE TO EXPLORE

To cast a wide net into the issue and different angles of this debate, check out some of these new sources and their coverage:
NPR
NBC News
USA Today
New York Times
Los Angeles Times
Wall Street Journal
ESPN Gene Smith against Fair Pay to Play Act
And this column from San Diego Union Tribute.

Watch our episode of Inner Circle TV about SB 206 below. You can also find the topics covered on the show with their timestamps and the video here as well.