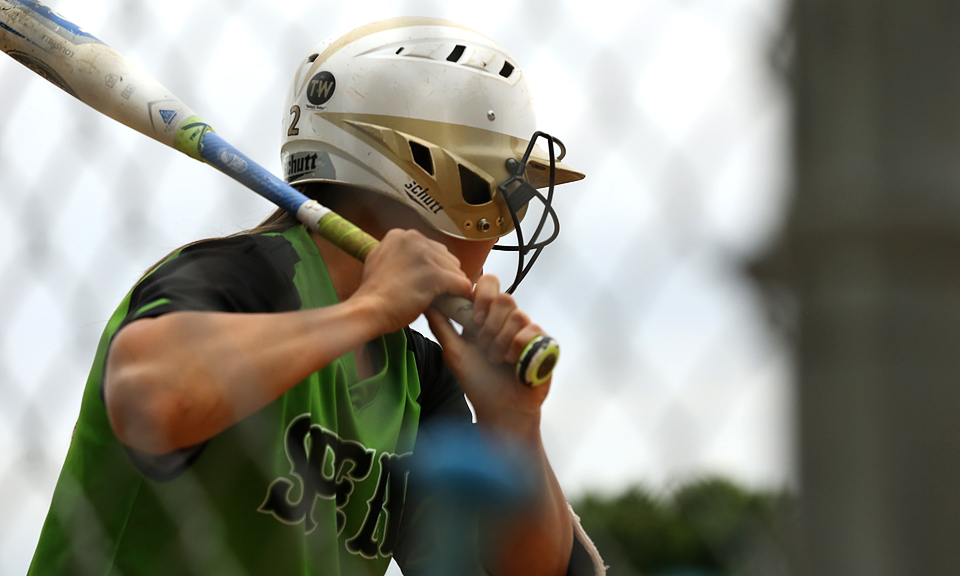 Hitting is a challenging skill, one of the most difficult in the entirety of sport. Understanding the role of batting practice, how to approach it, and how - as well as when - to properly utilize different skills and drills is crucial to game day success. Below are seven tips to help you make the most out of your or your team's offensive practice.

1) Understand the role of various drills

Not only is it important for coaches to understand the purpose and effective use of different kinds of hitting drills, athletes and parents must as well.

Soft Toss, Tees, Etc:
These drills are normally conducted at high volume in low pressure situations as a fantastic way to work on parts of your swing while also getting to a "feel good" point before heading to live pitching. These are also great to get your swing warned up so you don't injure yourself during full on live "BP" or during a game.

Live "BP":
Any time live batting practice is underway it should be as game like as possible. Live "BP" is where athletes need to put their entire swing together. Keep the rep count low, mimic a game! More rounds of lower reps will be far more beneficial than taking dozens of reps at a time. You can run live "BP" with true counts (three strikes you're out!) or you can countdown each round by the number of swings taken per said round (5-4-3-2-1) not including balls taken. Now, if a taken pitch is a strike you can count that against your hitter if they are to that level. This also teaches athletes to make the most of every single rep they take. Once the count has ended or allowed swing/strikes have been taken, they are done, don't cave to the requests for "just one more swing". At least not at first! As this approach to "BP" becomes part of your everyday practice you can "gift" your athletes an extra swing it you want but players must first get to the point of valving every single cut they get.

2) Live versus the pitching machine

It's commonly accepted that if given the option, live hitting is better than a pitching machine but let's break that down further. Nothing can replace the benefit of good live pitching; keyword there is "good". But solid batting practice pitching that replicates game like play can be hard to find. If you have a pitcher who can throw every single time "BP" takes place, fantastic! If you don't, you may need to get creative.

First, if you have a player or coach who can throw strikes in "BP" consistently with the necessarily velocity but not from the full distance, that is okay! Move them up and put them behind a screen, it only helps train a faster eye.

Secondly, I think pitching machines can get a bad rap, or at least, they aren't as black and white as some make it. When you have a good quality pitching machine that can be set to the speed you need to see and hit locations consistently there is a huge benefit to that. The higher level machines can even mimic movement pitches and offspeeds; this can be really useful! Where the break down often occurs is in mastering the timing of these machine to fully execute a swing in a realistic, non-detrimental way.

An idea to counteract this is having hitters get to to their "go" stance before the pitch is throw through the machine (hitters get to where they need to be before starting their swing). If that first part of a hitters swing is sound, it shouldn't be too difficult and eliminates the need for a full motion. If that part of a hitters swing needs work, there are other arguably better ways, to improve that as well.

It's common to hold the ball in the air and place it into the machine to help mimic timing a real life pitcher and this should be done. What I don't love is when coaches mimic the entire windmill motion before dropping the ball in the pitching machine. It isn't smooth or all that game like due to the inevitable "hiccup" that occurs when trying to place the ball in the shoot. It's not controlled, it can be hard to get the ball into the shoot, and it's inconsistent which can actually cause your hitters more problems. Think about sticking to the straight up and down motion when loading a machine.

If you really think about it, timing is never consistently the same either. No two pitchers throw exactly alike and everyone has their own way to windup and deliver a pitch. This is why a hitter's time in the on-deck circle is so important, timing is ever evolving to react to the pitcher in front of them: a pitching machine is just another pitcher to figure out.

Live pitching is fantastic, if you have access to *good* "BP" throwers use them! Just don't automatically write off the role and benefit of pitching machines when necessarily.