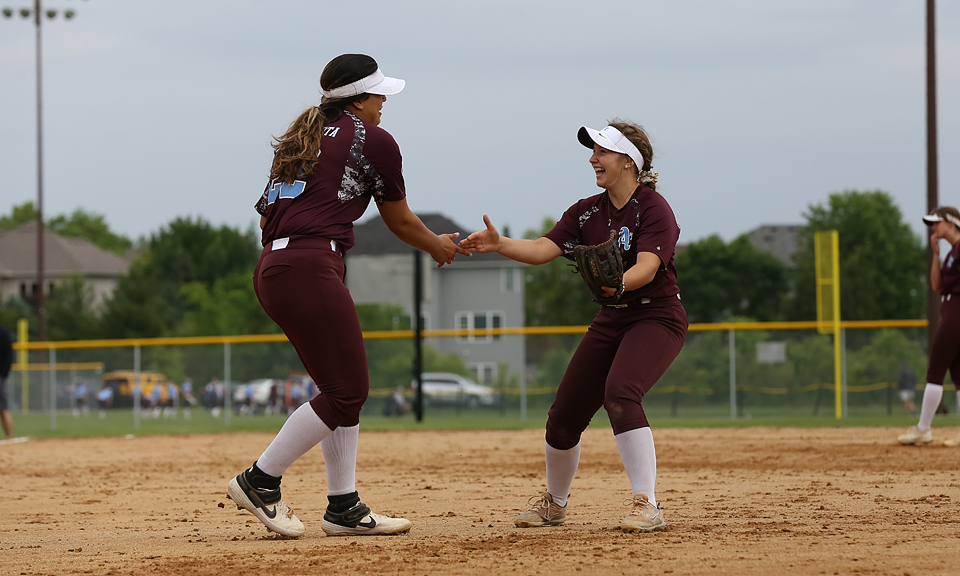 One of the most interesting things I experienced while attending events was watching, and listening, to recruiting interactions take place. With the new rules in place to halt very young recruiting and being the second summer with the new recruiting calendar there was a ton to observe. I was also able to pick the brains of many coaches to get their thoughts, feelings, and insights to the current “State of the Union”.

Find the first “Summer Reflection” on the strengths and weakness in the game, here.

What may have been the most disappointing were the conversations I heard that blatantly ignored the new guidelines, or at least were occurring in an attempt to kind of follow the rules while also not. This was initiated by both club and college coaches equally and happened more often than not. A lot of conversations about “what are your needs”, “any class holes to fill”, “any particular positions you’re graduating and need to fill” (one can do the math quickly on which class is needed), etc.

There is also the camp and phone call loop hole that still remains. No, recruiting conversations can’t happen at camps or on the phone with club coaches but there isn’t much of a way to monitor that currently. It all comes down to integrity which can be shaky at best in certain situations. The newly passed rules were an incredibly important step that was praised both inside and outside of the softball community. But there will be more that needs to be done as we settle into the new recruiting rules.

2) Club coaches are the gate keepers

In my opinion, the most powerful people currently in the game are club coaches and directors. There’s a lot of talk and knowledge about their role in helping their former athletes find new homes after they enter the portal but they also remain the gate keepers during the recruiting process. So a lot of the burden is placed on those individuals to be responsible, have integrity, and do right by their players and families.

You have to think about it this way, without recruits, college programs cannot be successful and so much of recruiting runs through the club coach or director. We may see a bit less of this with the new rules but I really doubt it, they are still going to play a huge role. So while the collegiate coaches hold the cards as far as scholarships and offers go, if they don’t have any PSAs to offer, they hold little power. I realize it’s not completely that black and white but at its core, it is.

These people in powerful roles have to take the lead and set the example; they have to educate their players and families on this entire crazy process that is recruiting; they have to hold collegiate coaches responsible to the rules; and they need to put their personal goals and opinions such as “where” a player “should go” aside. To do anything less is shorting your athletes and, in my opinion, failing to fulfill the important duties people in those roles are called to uphold. That may be easier said than done but if enough embrace this, it shouldn’t be.

While on the road this summer I had the pleasure of connecting with many collegiate coaches and having great, honest conversations. A common theme echoed from these coaches is that recruiting is becoming more about “who is watching an athlete play than the actually quality of ‘fit'”. While it’s understandable for an athlete to want their future coaches to “show love” and attend games, that cannot seriously be the deciding factor in a PSA’s selection?

Can we steer our athletes away from that mindset? Can we teach them some perspective and empathy? With the new recruiting calendar these coaches are stretched thin and always on the road. They were before, but it wasn’t this demanding or crazy. Coaches are also falling into the mindset that “with unlimited days you have to be out because everyone else is out”. But you know what appears to have been completely forgotten? The fact that these coaches, these people, are just that, they’re people! They have families of their own, lives outside of softball, hobbies, interests, and a need for downtime as well as relaxation just like anyone else. But this attitude that an athlete won’t consider a school if they aren’t at all of their games is absurd, and it’s pretty selfish. We have to thwart that because in the long term, it’s only leading to bigger problems we’re seeing in the collegiate ranks. Be apart of the solution.

4) Why are we calling teenagers at midnight?

This is the one that baffles me. It honestly leaves me speechless and shaking my head. September 1st was a highly anticipated day for many high school juniors and it didn’t take long for reports and Tweets to quickly surface about phone calls taking place at midnight, as soon as the calendar turned to the first. WHY?

Let me pose a question: can you name another situation where an adult, who is a virtual stranger, calls your teenage daughter at midnight and it isn’t creepy …or at least a little odd? And no, I’m not implying “stranger danger” but I am coming out and calling it weird. One of the schools we know for sure placed a midnight call was Tennessee to a PSA on the West Coast. Knoxville, Tennessee is in the Eastern Time Zone (ET), California is in the Pacific zone; which means the Vols should have placed the call at 3AM ET. That’s nuts.

In an off-record conversation a source shared that, “these coaches aren’t going to let another school call [a PSA] at midnight and them not do the same.” I can understand that, we all can, but that doesn’t make it right or any less bizarre. I can tell you that all of the coaches I’ve spoken to do not want to be on the phone with a PSA at midnight, or later depending on where they are located and who they are calling. It comes down to the athletes, parents, and club coaches to put a stop to this. It’s pretty easy, don’t take calls at midnight. Set it up for 7-8am or something along those lines and don’t suddenly feel like a coach or program “doesn’t care about you” if they decide to not call a 16 year old at midnight when both parties should probably be asleep. In the event any PSA is pressured to do something like this, you do have the power to say no, and I promise you, the coaches will probably appreciate it. On the off chance they don’t, do you really want to play for a staff that thinks this stuff is perfectly “normal” and okay? Because it’s not, it’s really not.

Rather it’s an impact of changes to recruiting rules or something else there seems to be am uptick in …I don’t necessarily like the word “poaching” but, poaching among commitments. But here is the thing, it’s not uniform, and not everyone is doing it. There are programs getting absolutely hosed and blindsided by others. No courtesy calls, no conversations, and no word from the recruits. Meanwhile, other programs are playing by the rules, often suffering badly from the losses of poached recruits.

So what is the solution? Other than the obvious, “everyone needs to play fair” pipe dream, what can be done? Should we just embrace the “football model” where verbal commitments literally mean nothing and PSAs still take visits and entertain offers? You even see student-athletes flip on signing day, it’s crazy. But it begs the question, does softball go that way? At least everyone would be on the same page over what is and isn’t okay and gives programs a chance to play on somewhat of an even playing field.

Recruits can take ownership for the process. Don’t verbal until you’re ready, again, I know this can be hard especially if you’re given an unreasonable clock. Note, there are times when a deadline is perfectly professional, fair, and reasonable as programs need to solidify their recruiting classes but you shouldn’t ever be unreasonably rushed (e.g. a sudden, out of nowhere 24 hour clock). You will know when you find the right fit, and if that fit maybe starts to waver, contact that coach and have a conversation about your concerns. If you are seriously considering other programs, be an adult and tell them. They can hopefully address any issues or answer any questions but most importantly, if you are going another way they can begin work to fill that hole in the recruiting class. I cannot stress enough, you have to be an adult in how you handle this, while it is your recruiting process and your collegiate career, their job also depends on who they bring in and what they do on the field. You wouldn’t want someone to waste your time, so don’t do that to another person or program.

6) Just because someone else is, doesn’t mean you have to

To fix a lot of the issues in softball, especially around recruiting, we have to ban together and “do the right thing”. As I mentioned above, I understand that is easier said than done, but what it comes down to is not letting another’s crappy (or situational) morals and ethics dictate how you are going to conduct yours and your business.

Hold each other responsible and don’t let the shady or impermissible actions of some make you fold on your ability to do things the right way. Don’t send players to coaches who break rules and regulations that are in place to provide a positive and health experience for athletes; don’t praise club coaches to who place tons of athletes at the next level through shoddy or questionable methods. I do believe there are more people trying to follow the rules and do the best they can with integrity than others, stick together, don’t let the bad apples ruin the “good”.