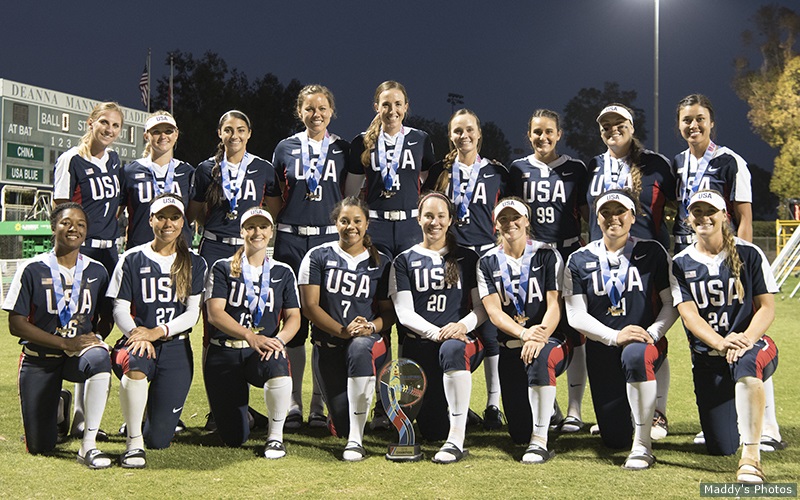 As a team, the USA Red squad hit six home runs to overpower the Japan pitching staff that had only given up one home run in the International Cup before the Gold Medal Game. Japan who had to knock off the USA Blue team to advance to the Gold Medal game on Saturday, trailed 4-1 early in the game but chipped away and tied it up at five in the top of the fifth when Saki Yamazaki hit a 2-run homer off Monica Abbott who had just come in relief.

But Arioto would have an answer in the bottom of the fifth when she hit a solo home run, her second of the game, to give USA Red the lead 6-5. Michelle Moutrie would add a solo homer of her own with one out in the same inning to extend the lead to 7-5.