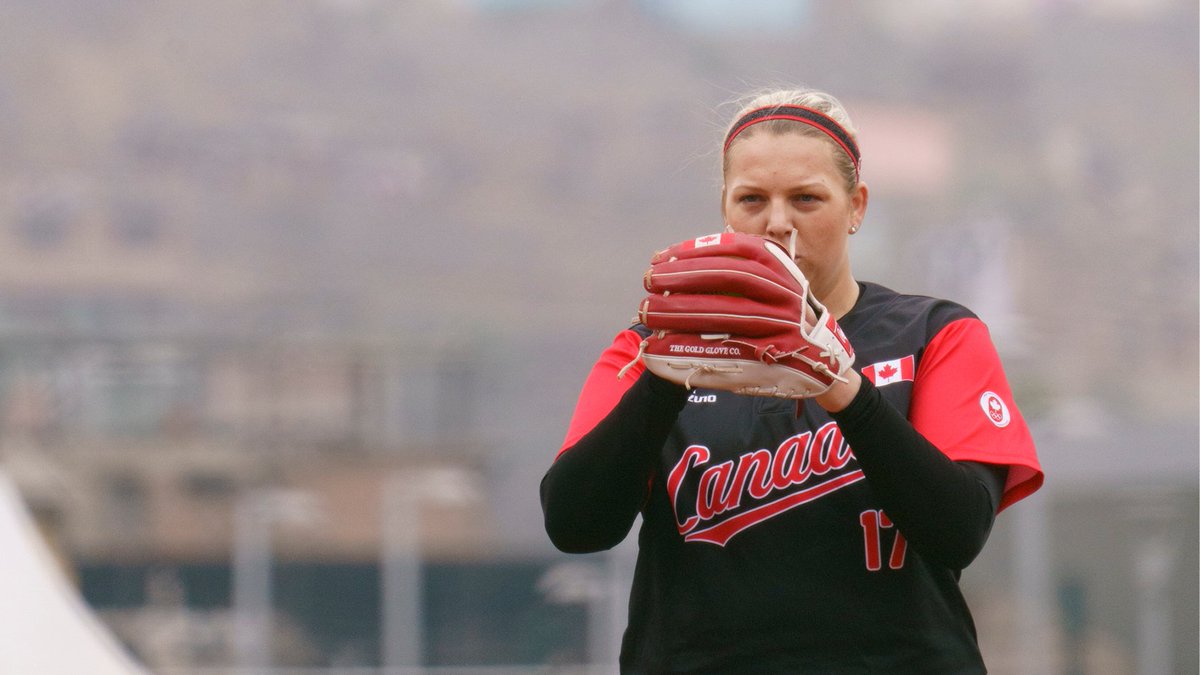 Sara Groenewegen (White Rock, B.C.) on throwing a perfect game: “I had no idea honestly. When you’re in the zone, you’re in the zone. Someone could say something and I would be in a completely different world.”

Lima, Peru – The Canadian Women’s National Softball Team made it two in a row with an 8-0 win over Venezuela in five innings on Monday afternoon at the 2019 Pan American Games.

Team Canada got another strong pitching performance, this time from Sara Groenewegen (Surrey, B.C.) who threw a perfect game, retiring all 15 batters she faced without allowing a baserunner and striking out ten batters. The Canadian offence got the scoring started early, and three multiple run innings earned Canada the win on the run rule.

In the bottom of the first inning, Victoria Hayward (Toronto, Ont.) got things started with a leadoff walk, and after stealing second base, she was advanced to third on a ground out to the pitcher. With Jennifer Gilbert (Saskatoon, Sask.) at the plate, Hayward crossed the plate on a wild pitch to open the scoring. Gilbert earned a walk of her own and Canada loaded the bases with a single by Jennifer Salling (Port Coquitlam, B.C.) and a walk by Erika Polidori( Brantford, Ont.). Larissa Franklin (Maple Ridge, B.C.) singled on a ground ball up the middle tracked by the second baseman to score Gilbert from third, and an error on an attempted flip to the shortstop allowed Salling to score as Canada took the 3-0 lead.

The red and white put up three more runs in the third. The first run came off the bat of Joey Lye (Toronto, Ont.) who singled home Polidori after she led off the inning with a walk, was advanced to second on a sacrifice by Franklin and took third on a wild pitch. Hayward came through with the final two runs of the inning with a single of her own that scored Natalie Wideman (Mississauga, Ont.) and Lye.

Team Canada’s last two runs came in the bottom of the fourth. Gilbert led off the inning with a double and Salling followed up with a single to put two runners on base. After the runners advanced to second and third by tagging on a fly out by Polidori, Franklin doubled over the center fielder to give Canada a commanding 8-0 lead.

Groenewegen got her final three up and three down inning in the top of the fifth to seal the victory and the perfect game.

Franklin drove in three runs for Canada, while Hayward and Salling each collected a pair of hits. Lye contributed a run-scoring single while Gilbert had a double and scored twice.