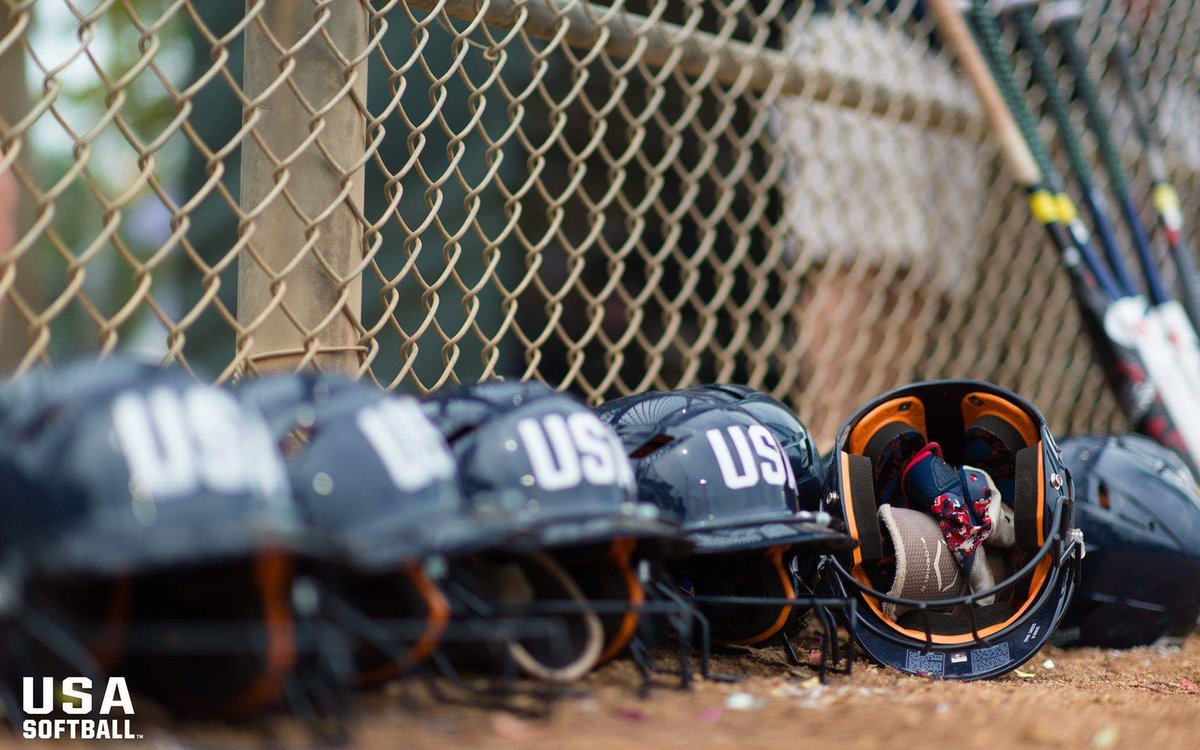 Photo and release from: USA Softball

Barranquilla, Colombia — Continuing their win streak at the U-17 Women’s Pan American Championship, the USA Softball U-17 Women’s National Team (WNT) earned an 8-1 win over Mexico at Edgardo Schemel Stadium on Sunday to remain perfect in pool play.

Avery Hodge (Fulshear, Texas) drew a walk to lead off the game but was called out advancing to second after Maddie Gallagher (Port Washington, N.Y.) grounded into a fielder’s choice. A strikeout and groundout followed to leave the U.S. scoreless while Mexico drove in a run in the bottom half of the frame for a 1-0 score.

Both sides were retired in order through the second inning, while the sole runner in the third frame reached first via a one-out walk for Mexico. However, the U.S. forced a zero on the scoreboard for Mexico after a strikeout from Dani Drogemuller (Frankfort, Ill.) and fielder’s choice play to second baseman Tieley Vaughn (Tampa, Fla.).

It was Jessie Blaine (Wentzville, Mo.) who put the U.S. on top in the fourth inning, sending a fly ball deep past the centerfield fence to bring home Gallagher and Caitlynn Neal (Dewey, Ariz.) who reached on a single and hit-by-pitch. Hallie Wacaser (Centerton, Ark.) followed with a fly ball to left field for a single before crossing home two outs later on an RBI double from Jocelyn Erickson (Phoenix, Ariz.).

Despite a one-out double from Mexico in the bottom half of the fourth inning, the Red, White and Blue kept Mexico at bay after a fly out to centerfield and pop out stranded the runner at second.

Claire Ginder (Lithia, Fla.) and Hodge drew walks to lead off the top of the fifth frame and advanced on a sac bunt from Gallagher. A wild pitch allowed Ginder to score from third and a walk to Neal put runners on the corners. Blaine then lined one to centerfield to collect her fourth RBI of the night and give the U.S. a 6-1 lead.

Retiring Mexico in order for the second time today, the U.S. returned to the plate and plated a seventh run in the sixth inning following an RBI single from Casey Goguts (Reading, Pa.). Mexico came close in the bottom half of the frame after three batters were hit-by-pitch to load the bases with two outs. A dropped third strike allowed catcher Goguts made the third out at home.

In the seventh, Hodge had a leadoff single and Blaine was intentionally walked two outs later to put runners on for the U.S. Wacaser singled on a hard groundball up the middle to give Hodge time to score from second and extend the lead, 8-1. The U.S. defense secured the win in the bottom half of the frame to earn their third win of the tournament.

The U.S. collected 10 hits for the day, with both Blaine and Wacaser tallying two apiece.

Starting pitcher Drogemuller pitched four innings, surrendering one run on three hits and striking out three. Harris entered the circle in relief and struck out eight batters in her three innings of work.

The U.S. squad has a day off before returning to action on Tuesday, October 15 at 11:00 a.m. CT against Argentina. Live stats will be available through USASoftball.com while WBSC has provided streaming through Gametime.Sport.

About the World Baseball Softball Confederation
Headquartered in Lausanne, Switzerland — the Olympic Capital — the World Baseball Softball Confederation (WBSC) is the world governing body for baseball and softball. WBSC has 208 National Federation and Associate Members in 135 countries and territories across Asia, Africa, Americas, Europe and Oceania, which represent a united baseball/softball sports movement that encompasses over 65 million athletes and attracts approximately 150 million fans to stadiums worldwide annually.