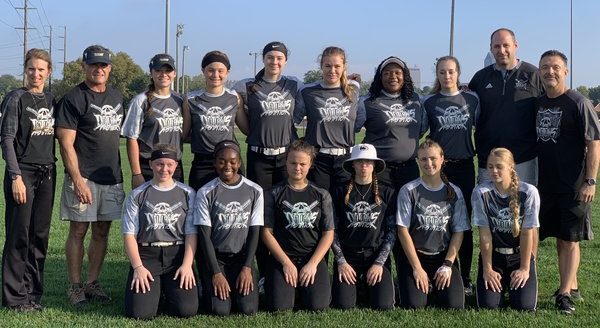 The Ohio Outlaws overcame a summer of challenges including losing its ace to an injury and working through injuries with its second pitcher. Despite that, Schmeiser's team had an impressive amount of depth and was able to compile a successful summer that started off with a championship finish in the New Jersey PGF Qualifier and capped off with a 3rd place finish at the JO Cup. The Outlaws committed four student-athletes last summer and had three others receive varies division one offers.

The Outlaws has moved up to the 16U division and is off to a great start posting a 13-5 record, with key wins against: Ohio Hawks 01, Lasers White 02, Indy Dreams Bell, Indy Gators Linton 02, Michigan Finesse Dreher and Cincy Doom. Schmeiser has added four new faces who will make an immediate impact: Lexi Campbell, Tajiana Pickett, Ashley Lenser, and Audrey Ayars. Outlaws coach, Thomas Schmeiser, shared the following about these new student-athletes:

"Lexi Campbell joined our team this year after spending several years in the Beverly Bandits program. She is a middle infielder and primarily plays shortstop for our team. Lexi is a sure handed middle infielder with a big bat. She has the ability to hit the gap consistently in any situation, but also gets behind the ball well enough to be a home run threat every time she steps to the plate. She is a highly intelligent softball player and this has helped her plug into our middle infield and make an impact from day 1. She is currenlty uncommitted but projects as a very high-level D1 player in collage based on her performance with us, as well as the programs that are currently showing interest in her. Her great attitude and work ethic have made her a favorite of her teammates since joining our program this fall"

"Tajiana Pickett has moved to this team from the Ohio Hawks organization in order to showcase her game at more high-visibility events nationally. Tajiana has long been know as the premier 2021 power hitter in Ohio, however, she is quickly taking her game to bigger stage. She has 4 home runs so far at 3 weeks into the fall season and with both the O'Fallon showcase and Scenic City just around the corner her bat is heating up. She is a very high percentage hitter with runners in scoring position and exceptionally good at hitting the change, as well as hitting to all fields. She is surprisingly quick on her feet and is more than capable of shutting down the short game from the first base side."

"Ashley Lenser is a RHP who will be playing full time with our team for the 2018 - 2019 season. She had subbed last year and performed very well in the IDT, as well as at PGF Premier. She hits 60 mph consistently and has impeccable control of all of her pitches. We expect Ashley to play a huge role in our success this upcoming season."

"Audrey Ayars is an outstanding natural athlete who has joined our team for the 2018 - 2019 season. She plays a shut down third base, as well as offering us solid play in the middle infield or outfield depending on what our needs are. She has tremendous foot speed and her quick reaction times allow her to get good jumps at the corners defending the short game, as well in the outfield when we need a player who can cover a lot of territory. She has a number of D1 schools following her this year and projects to play at an elite level in college. Audrey also carries a 4.2 GPA and scored 27 on her ACT as a freshman!"